Pioneer of computing arrives in database 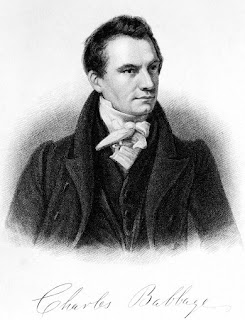 The Wellcome Library’s online archive catalogue has just added a new name: Charles Babbage (1791-1871), the mathematician and designer of mechanical computing devices, the Difference Engine and the Analytical Engine, that foreshadowed today’s information technology. Thirty-five letters and notes by Babbage, spanning forty years, are described in the catalogue as MS.8648.

Babbage was a prickly individual, in many ways living up to the stereotype of the eccentric mathematician. It is noticeable that the letters contain several rejections of dinner invitations, although to do him justice he does also accept some and in another case he does have a very good excuse, being already “engaged to dine with Mr. Darwin.” Tantalisingly, in one undated note to Sir John Lubbock he says that he will not be able to visit Lubbock as he is “so occupied by the drawings of my new engine…”