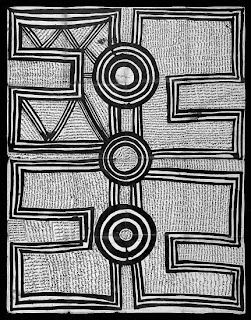 From the Sahara to the Euston Road

April’s Item of the Month is an excellent illustration of how unpredictable the Wellcome Library’s holdings, and archive material in general, can be. It occurs in the papers of the nineteenth century pathologist Thomas Hodgkin (1798-1866). Its origin, however, is in the sub-Sahara region of West Africa. How it came to this library in London is a story of different cultures meeting, and of the struggle for racial tolerance.

Hodgkin’s work was not confined to his medical career: he was also a tireless campaigner for social justice and took a particular interest in the struggle against slavery. (As a Quaker, he came from a milieu with a long tradition of philanthropy and social activism.) For much of his life Hodgkin helped to support the movement that led to the creation of Liberia as a new independent country for freed American slaves. This was not without controversy: the programme was opposed not merely by slave-owners but also by some abolitionists, who argued that there should be a place in the United States for free black men and women, and that liberation should not have to involve being uprooted and repatriated (Hodgkin and others took the pragmatic line that if it was liberation with resettlement that was on offer, this was better than nothing).

In the late 1840s the campaigners’ efforts bore fruit and Liberia was established: following this, the country’s first president, Joseph Jenkins Roberts (1809-1876) came to Europe in 1848 seeking recognition for the new nation, visiting Queen Victoria as part of his mission. The United Kingdom did recognise Liberia and was the first country to do so; recognition from the United States would have to wait until 1862, during Abraham Lincoln’s presidency, in part because of fears that Southern congressmen would not accept a black ambassador.

While in London, Roberts took the opportunity to catch up with some of the people who had supported the Liberia project, one of them of course being Thomas Hodgkin. As a recognition of Hodgkin’s efforts he presented him with this document, an indication of the mixed nature of the new country. The item is a 19th-century Islamic talismanic scroll created by the Mandingo people of the sub-Saharan interior. Chiefly in Arabic but with some text in a local language using Arabic script, it is composed of invocations to the almighty arranged in a geometric pattern. (A similar style of talisman, albeit of Iranian origin, can be seen illustrated in Islamic Calligraphy in the Wellcome Library by Nikolai Serikoff [Chicago: Serindia, 2007], p.10.)

As the American settlers in Liberia moved inland from their beach-heads, seeking to develop the country and to involve the local African population, they met others on a similar mission coming the other way: Muslim missionaries from deeper within the continent, fanning out towards the coast. This document comes from one of those missionaries. Somewhere on the boundary between the two cultures, this document passed to an American settler before being carried by the President to London and given to Thomas Hodgkin, retained in his family for well over a century during which it moved about the United Kingdom several times, and finally presented to the Wellcome Library with the rest of the Hodgkin papers.

It would be hard to find a better example of how unpredictable the contents of personal papers can be, or of the complicated and unpredictable journeys that documents can make: it is our good fortune that this item ended its journeying here on the Euston Road.

The catalogue of the Hodgkin archive (PP/HO) can be seen in the archives database; this particular document carries the reference PP/HO/D/A2057.