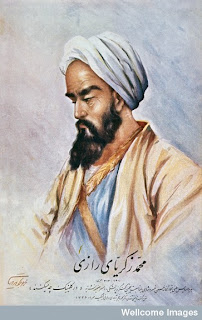 The BBC World Service today aired the first part of a new series, The Secret Scientists.

“According to the popular notion of science history, the period between the ninth and 13th centuries was what has come to be called the Dark Ages. Scientific advance ground to a halt and the world languished in an intellectual backwater. Then the Renaissance happened, the world woke up and great science got going again – picking up where the ancient Greeks and Romans had left off.

But, as Professor Jim Al-Khalili shows listeners in this new, three-part series, that simply isn’t true. While Europe may have been less productive during this period, elsewhere in the world a vast Islamic empire was buzzing with intellectual activity. A massive movement to translate the work of other cultures allowed scholars working in Arabic to understand, build on and then surpass the scientific achievements of the past – leaving a valuable legacy to the scientists of the European Renaissance. Today, however, these men are hardly household names. They are “the Secret Scientists”.

In today’s opener, Jim meets Professor Peter Pormann, a specialist in the history of medicine, at the great library of the medical charity the Wellcome Trust in London. He introduces listeners to the great physician, Mohammed Ibn Zakariya ar-Razi, whose ground-breaking work on differential diagnosis, specifically with measles and smallpox, was still being quoted in English and French texts hundreds of years after his death.

Jim also goes to the chemistry laboratory of chemist Dr Andrea Sella, who talks about Jabir ibn Hayyan. Jim believes that Jabir was the true father of chemistry – responsible for elevating previous work to the status of a science. Andrea talks about the process of sublimation, which was invented during this period and is still in use today – for example, in the production of freeze-dried food”.

Whilst in the Wellcome Library, Profs Al-Khalili and Pormann examine copies we hold of works by ar-Razi (or Rhases), including a 19th century English translation of ar-Razi’s Treatise on Smallpox and Measles and also works by Ibn Sina (or Avicenna), such as his famous Canon of Medicine.

The documentary is available through the BBC’s iPlayer for the next 7 days.

One Response to The Secret Scientists The horoscope of Iskandar Sultan