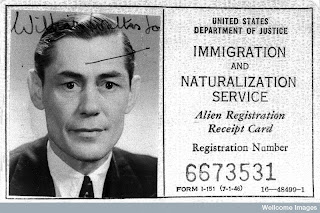 James Maw on the controversial psychiatrist Dr William Sargant, who tested drugs on his patients with, some say, catastrophic results.

In the 1960s and 1970s he developed his controversial Deep Sleep Treatment in the Sleep Room of St Thomas’s Hospital in London. James talks to some of those who worked under Sargant in the late-1960s and to some of his former patients, who all say that they are still suffering from his treatment to this day.

The documentary also investigates allegations that Sargant was involved in secret military experiments with hallucinogenic drugs.

Sargant’s papers are held by the Wellcome Library, and the documentary quotes from Sargant’s notes on patients undergoing Deep Sleep Treatment and also his correspondence with the writer Robert Graves (in particular, on Graves taking the drug psilocybin – “magic mushrooms”).

The documentary is available through the BBC’s iPlayer for the next 7 days.