Was Freud Really “The Father of Psychoanalysis?” 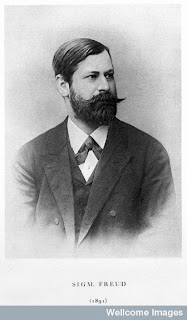 The place of Sigmund Freud in history is assured. However, this was not always the case. In 1930 Freud regularly found himself facing accusations that he had stolen all his valuable ideas about psychoanalysis from Pierre Janet, a fellow pupil of Charcot at the Salpêtrière. Janet and his supporters accused Freud of plagiarising his ideas and slightly altering the terminology, so “psychological analysis” and “restriction of consciousness” became “psychoanalysis” and “repression”. Freud strongly denied these accusations, pointing out that the two men had never met, and claiming that he had arrived at his ideas independent of those of Janet. In 1930, Freud wrote to Dr. E. A. Bennet following a medical meeting where he had been forced to defend himself yet again. In this letter, Freud says that his ideas were inspired not by Janet, but by “the ideas of Breuer, on which I built further”. He also points out that whilst Janet made his observations earlier “they became publicly known much later”.

The letter to Dr. Bennet, recently catalogued in the Wellcome Library as MS.8677, was included in an exhibition on the history of psychotherapy held at the Wellcome Historical Medical Library in 1964. During the exhibition, which was timed to coincide with the International Congress of Psychotherapy, the letter aroused so much interest that it inspired an article in the British Medical Journal the following year (“The Freud-Janet Controversy: An Unpublished Letter,” BMJ, 1965;1:pp. 52-53).