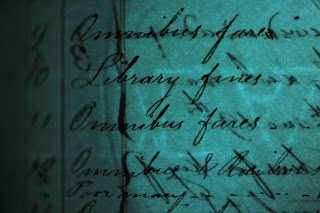 The role of invisible microbes in spreading disease and infection is taken for granted today, but only came to the fore in the mid-19th century. Driven by public health epidemics and the devastating surgical mortality rates of large urban hospitals, researchers such as Louis Pasteur and Joseph Lister worked towards a theory of infection by minute living organisms which transformed approaches to hygiene, surgery and public health.

Today bacteria play a crucial new role in contemporary biomedical research, with the light-emitting bacterium Photobacterium phosphoreum acting as a marker for tracking disease pathways. But in Anne’s hands, P. phosphoreum also becomes a tool for tracing the private history of people and ideas. 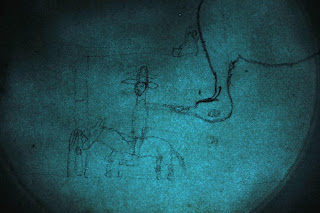 Working with drawings, letters and notebooks by Joseph Lister from his personal papers at the Wellcome Library, Anne uses sealed plates of P. phosphoreum to illuminate Lister’s very human characteristics; his library fines, a complaining letter to his sister, the way in which he made his notes and filled his sketch book as a child help us to understand just who Joseph Lister was.

Modern technology such as CAT scans, X-ray fluorescence and multispectral imaging is increasingly being used to reveal the hidden contents in documents that would otherwise remain closed to research. But the beauty of the ‘Exploring the Invisible’ project is the symbiosis between the bioluminescence technology and the archives under the lens. What could be more fitting than for the unseen bacteria that Lister helped bring to light in the 1860s to illuminate the intimate self behind his public persona for a 21st century audience?

The project will culminate with an installation at the end of 2009 at the Old Operating Theatre at London Bridge, so keep an eye on Anne’s website for further details.