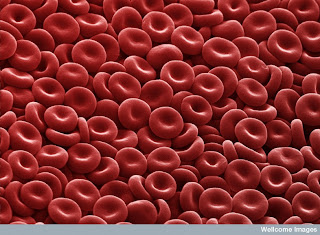 The latest strand of BBC4’s War Beneath the Skin season was broadcast last night – part one of Cell, a three-part series which in its own words:

“…delves deep into the history of science to tell the story of how we unlocked the mystery of all life on Earth.

‘Cell’ explores how the discovery of the cell challenged centuries of religious and scientific dogma and then examines how scientists have come to manipulate and exploit the cell for the benefit of modern medicine and science”.

Like previous programmes in the season, Cell utilised the Wellcome Library’s resources. It drew heavily on Wellcome Images, our photographic library, using both historical and contemporary imagery to trace the growth in our understanding of life’s microscopic building blocks.

(The themes of the episode – particularly the erosion of theories such as spontaneous generation – chime with another recent project which drew from Wellcome Images: Making Visible Embryos, an online exhibition created by staff from the Department of History and Philosophy of Science at the University of Cambridge, which explores images of embryos and the issues surrounding their depiction throughout history).