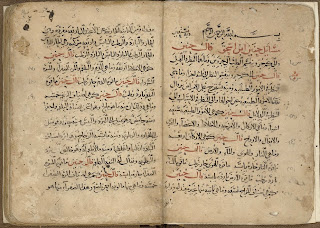 The Wellcome Library, Bibliotheca Alexandrina, and Kings College London have been awarded a grant by the JISC’s Islamic Studies Catalogue and Manuscript Digitisation funding stream.

This collaborative project will create a searchable digital collection of Arabic manuscripts to be hosted by the Bibliotheca Alexandrina in Egypt. Images and metadata will also be available from the Wellcome Library’s website. The partners will be jointly designing and implementing a cataloguing system to enable the creation and management of descriptive metadata for Asian manuscripts. Cover-to-cover images of the manuscripts and TEI-compliant metadata will be available freely to search, view and reuse.

500 manuscripts from the 14th – 20th century sourced from the Wellcome Library’s collections will be digitised and catalogued. This collection, containing major significant works pertaining to the history of Islamic medicine from the 9th – 20th century, is of great interest to scholars of Islamic medicine and science as well as historians of Islam. By virtually repatriating these works to the Middle East, the project contributes to the Bibliotheca Alexandrina’s aim to become the premier Digital Library of Islamic scholarly resources and Arabic culture in the world.

Currently, the Wellcome Library holds only very basic MARC21 records for most of its Arabic manuscripts. In recent years, an online catalogue using the TEI MASTER metadata standard was created for a small sub-collection of the Arabic manuscripts (the Haddad collection), establishing some basic working principles for cataloguing these items. A new cataloguing tool will build on the existing Haddad system, extending its usefulness in many ways and reflecting changes in the new TEI standard. It will facilitate the comprehensive and accurate description of the manuscripts both as objects and text, including the ability to display and store non-standard Arabic characters and bi-directional text, and enabling full-text searching of the metadata in both English and Arabic. Open source, the tool will have an extensible structure that could be modified for other Asian scripts.

The Centre for Computing in the Humanties department at Kings College London will be bringing their expertise to bear on the design and development of this software, and the TEI schema to be implemented. The system will then be used by the Bibliotheca Alexandrina to carry out in-depth cataloguing of the manuscripts. Images and metadata will be made available primarily by the Bibliotheca Alexandrina via a dedicated website. The Wellcome Library will also provide access via its existing catalogue.

Example PDFs of four manuscripts from the Haddad collection are available online.