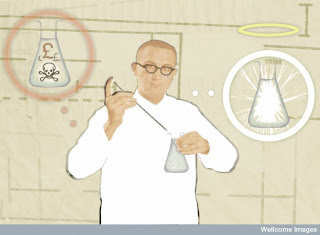 Norman Levitt, Professor of Mathematics at Rutgers University died on 24th October 2009. He was probably best known for championing the role of science in society. With fellow scientist Paul Gross, he wrote Higher Superstition, in which he challenged the post-modern activities of humanities and social science academics who practised literary criticism of scientific texts and deconstructed scientific theories with little understanding of the science in question.

The book was cited as a major influence by Alan Sokal, physics professor at New York University, who perpetrated the notorious Sokal Hoax. In 1996, Sokal submitted a paper to the cultural studies journal Social Text, as an experiment to see if it would be published. The paper, entitled “Transgressing the Boundaries: Towards a Transformative Hermeneutics of Quantum Gravity”, was published in the Spring/Summer 1996 issue of Social Text, which at that time had no peer review process. The paper argued that quantum gravity was a social and linguistic construct. On the day of publication Sokal announced the paper to be a hoax, “structured around the silliest quotations [he] could find about mathematics and physics”. Sokal revisited the affair in his own book, Beyond the Hoax.

Higher Superstition and the Sokal Hoax precipitated the so called Science Wars, a series of intellectual debates in the 1990s about the nature of science. Some of those practicing science and technology studies and cultural studies questioned the objectivity of science, employing a variety of post-modern critiques on scientific knowledge and methods. While, some in the scientific community argued that there was such a thing as objective scientific knowledge and criticized the lack of scientific understanding in these critiques.

You can discover more about both sides of the science wars debates in many books to be found at classmarks HJ (the nature of science) and HK (science in society) in the Science and Society Collection in the Wellcome Library.

Levitt went on to write Prometheus Bedeviled: science and the contradictions of contemporary culture, in which he discussed the role of science in politics and policy, a topic that continues to be relevant today.

Elvis spotted in the Houses of Parliament