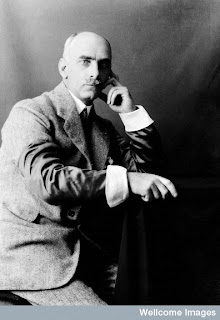 The catalogue of the papers of Sir Thomas Lewis held by the Wellcome Library is now available to view online. The collection includes much on his wartime work at military heart hospitals in Colchester and Hampstead, and with the Ministry of Pensions, where he worked on a condition he termed “effort syndrome”. This work enabled many soldiers who would previously have had to be pensioned off to return to active duty. He was knighted for this work in 1921. Another strength of the collection is the amount of correspondence with international colleagues. Lewis was renowned throughout the world, being particularly well respected in the United States where he undertook three lecture tours.

A pioneering cardiologist who coined the term “clinical science” to describe his approach of applying experimental methods to clinical problems, Sir Thomas Lewis has links to many of the archival collections held by the Wellcome Library. Whilst still a student, he was elected to the Physiological Society before being awarded the first Beit Memorial Fellowship in 1910. He worked as house physician to Sir Thomas Barlow, and alongside Sir James Mackenzie. He was an acknowledged inspiration to Sir George Pickering, Sir John McMichael and Sir Henry Dale, amongst many others. In 1941 he was awarded the Royal Society’s most prestigious accolade, the Copley Medal. Other recipients of the Copley Medal have included Charles Darwin, Francis Crick, and Dorothy Crowfoot Hodgkin.

One Response to Sir Thomas Lewis