The Wellcome Library canvasses its registered users from time to time to find out their desiderata, and over the past few years one reply has come back with a tick in the box marked “AGE: 90 OR OVER”. Although the replies are anonymised, the nonagenarian respondent was Surgeon Vice-Admiral Sir James Watt. Sir James died on 28 December 2009, aged 95, having paid his last research visit to the Wellcome Library in April 2009. 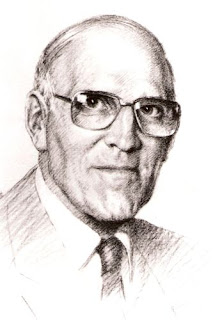 His obituary in the Times (London) sets out his career and his vast range of interests, though not his stewardship of the Medical Society of London, which was described in a further note by Dr Roy Davies. It was during Sir James’s presidency of the Society that historic books from the Medical Society of London library were made available for purchase for the Wellcome Library, with support from the Friends of the National Libraries and other well-wishers.

Sir James Watt was much in demand as a lecturer in every continent, and used to order masses of slides from the Wellcome Library for the purpose. At one point in the 1980s Kodak changed their slide carousels in the USA and Canada to ones with slots for thin mounts (more slides could be fitted in that way), but continued to sell carousels with thick slots in the UK. Sir James arrived for a lecture tour in the USA with hundreds of slides prepared by the Wellcome Library, only to find in the first run-through that they would not fit in the only available thin-slot carousels. 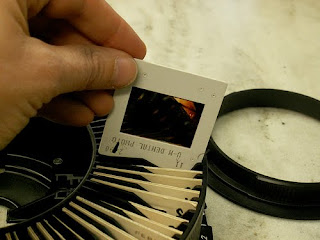 He went out and bought some thin mounts and, using his surgical skills and stamina, spent most of the night remounting the slides. Someone who attended the lecture the following day said afterwards what an impressive performance it had been, with no idea of what the lecturer had had to go through to carry it off successfully.

Portrait of Sir James Watt from obituary by Alan Green and Tim Williams published by the Travelling Surgical Society of Great Britain and Northern Ireland. Slide carousel by rosefirerising