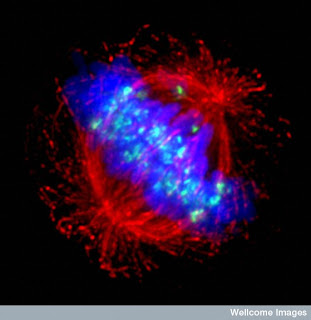 59 years ago today, Henrietta Lacks was diagnosed with cervical cancer. Few would have guessed the impact the cells taken from her tumour would have on cancer research, drug testing, and the discovery of vaccines.

Until 1951, no researcher had been able to grow human cells in culture for more than a few weeks. But Dr George Otto Gey of Johns Hopkins Hospital, Baltimore, USA, found that cells taken from Henrietta’s tumour grew outside of her body indefinitely, no doubt due to the aggressive nature of the tumour from which they came. He named these cells HeLa, after Henrietta, and sent them to his colleagues. HeLa was seen as a breakthrough, possibly even the cure for human cancer. Within two years of their initial discovery, 600,000 cultures were shipped for use in research.

One of the first applications of HeLa cells was in the discovery of the polio vaccine. The polio virus could grow in HeLa cells, which enabled the growth of the large amounts virus required to produce the polio vaccine, subsequently developed by Jonas Salk.

HeLa cells are an immortal cell line – they can be split and proliferated as many times as required without the quality of the cells deteriorating over time. They have an active version the enzyme telomerase during cell division, which prevents the shortening of telomeres that is thought to result in eventual cell death. This results in an endless supply of cells.

HeLa is still the most widely used human cancer cell line and it is estimated that the total number of HeLa cells that have been propagated in cell culture far exceeds the total number of cells that were in Henrietta Lacks’s body. Henrietta died eight months after her cells were taken, never knowing the contribution she made to scientific research, or how she indirectly saved many lives.

(Wellcome Images holds a range of HeLa images. Shown above are HeLa cancer cells undergoing mitosis: click on the image for more information).