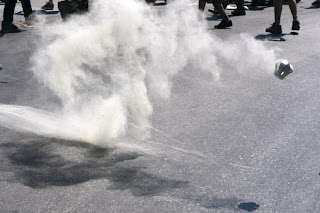 Newly available in the Archives and Manuscripts collection: the papers of Sir Harold Himsworth (1905-1993)

The personal papers of Sir Harold Himsworth reflect the great diversity of interests that the scientist had during his lifetime. Included within the collection are some of his first experimental notebooks on diabetes, annual reports and papers spanning his long secretarial reign at the Medical Research Council, and even the philosophy book Scientific Knowledge & Philosophic Thought published in the last decade of his life.

Sir Harold Himsworth was distinguished for his dual contribution to experimental medical research and as secretary to the MRC. Within the collection is some of his earliest research into diabetes, undertaken at University College Hospital. The experimental notebooks on animal and human subjects show his work in progress as he examined kidney function and the causes of diabetes. (Researchers should note that there are certain restrictions on access to notebooks containing medical data on human cases). A number of related files within the collection concern conditions such as fructosauria and Addison’s Disease. Later work incorporates Himsworth’s interest in liver function and disease and the collection will undoubtedly be useful for researchers examining the discovery of medical advances within these fields. In addition to Himsworth’s experimental notes and papers, there is also a series of his published articles.

A large portion of the collection illustrates Sir Harold’s second career as secretary to the Medical Research Council (1949-1968). Material includes the organisation’s annual reports written during this time along with memoranda, working papers and other reports. The most intriguing item is a notebook of Sir Harold’s compiled during his tour of the African MRC stations, which illustrates his commitment to expanding the MRC to incorporate tropical medicine.

An early indicator of Himsworth’s interest in training and research can be found in his active involvement in the movement to reform the training of medical practitioners during the early years of the Second World War. This series comprises Himsworth’s draft papers and correspondence with fellow like-minded physicians and also with institutions such as the Royal College of Physicians and the School of Tropical Medicine. It is worth noting that the documents contain some information on the working conditions of doctors at University College Hospital during the early years of the war. At the latter end of his career Himsworth was a pioneering force in creating the Social Science Research Council and included in the collection are his copies of the working papers of the organisation’s first conference at Warwick in 1968. His interest in the relationship of sociology and medicine is expanded upon during his retirement in the 1980s. The great labour and frustration that he endured during the publication of his article ‘Epidemiology, Genetics and Sociology’ can be seen by the countless re-drafts, correspondence with publishers and critical assessments from friends and former colleagues including Richard Doll.

Sir Harold’s retirement from the MRC did not lead to a sedentary lifestyle as can be seen by his work for the Home Office in the Northern Ireland Enquiry into the effects of CS gas, from 1968 to 1972. The material relating to Northern Ireland is fascinating for the range of documents available which include official minutes and correspondence during the enquiry. Within the reports are eyewitness accounts, results of animal experimentation on CS gas toxicity and related correspondence with scientists in the United States and France. This material is of particular interest due to the political implications of the enquiry and the relationship between science and politics.

The final section of the archive comprises addresses, articles and obituaries collected during Himsworth’s lifetime. The series of addresses are of interest as they document Himsworth’s speeches to a number of institutions from 1953 to 1975. Whilst, the final item of this section is the previously mentioned book Scientific Knowledge and Philosophic Thought (1986) which exemplifies the breadth of knowledge and curiosity of the man.

The catalogue of the Himsworth papers can be viewed in the online catalogue of Archives and Manuscripts using the reference PP/HPH.

The image shows a tear-gas cannister that has just hit the ground and exploded, reflecting Sir Harold’s papers on the use of the gas in Northern Ireland.

2 comments on Cataloguing the Himsworth collection