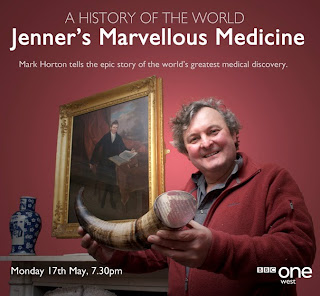 As part of the BBC’s History of the World series, BBC 1 West broadcast last night, Jenner’s Marvellous Medicine, a documentary in which presenter Mark Horton told the story of Edward Jenner and smallpox vaccination.

The documentary drew extensively on Wellcome Images, our photographic library, and also featured our Head of Library, Dr Simon Chaplin, in his previous role as Director of the Hunterian Museum, discussing Jenner’s friendship with John Hunter.

The documentary is available for seven days for readers in the UK, through the BBC’s iPlayer.