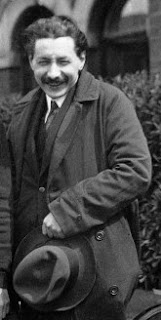 Our programme to convert all archive catalogues to electronic form passed another milestone this month, with the release to the database of our single largest remaining collection. The papers of the biochemist Sir Ernst Boris Chain (1906-1979) comprise some 67 boxes of widely varied documentation; the catalogue, written in the early 1980s, came to three hefty volumes of typescript.

Chain is best known for his work on penicillin, for which he shared the 1945 Nobel Prize for Medicine with Alexander Fleming and Howard Florey. Fleming had made the initial observation of penicillin’s properties in 1928, noting that it produced substances that killed bacteria; however, its instability had ruled out its use as an antiseptic, his initial hope, and he had not thought of its use to cure bacterial infections.

The turning point came in 1935, when Howard Florey became Professor of Pathology at Oxford: convinced that pathologists and chemists could co-operate fruitfully, he invited Chain to develop a department of biochemistry in the University’s Sir William Dunn School of Pathology. In 1938 the two men decided to turn their researches towards three anti-bacterial substances produced by micro-organisms, one of them penicillin. A third member of the team, Norman Heatley, made crucial practical suggestions as to how the substance could be extracted and purified. (It has been argued that Heatley should also have shared in the Nobel Prize and would have done had not the rules restricted joint recipients to three; his own papers are currently undergoing cataloguing at the Wellcome Library and readers will be able to judge for themselves when this material is released.) 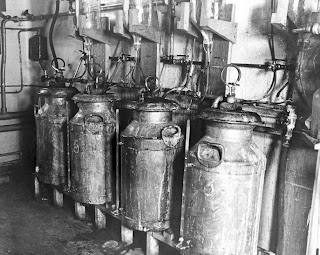 In 1940 animal tests showed that small quantities of penicillin could protect against bacteria introduced into the bloodstream, and suddenly a property that had seemed a mere curiosity when spotted by Fleming turned into a crucial weapon of war, with major collaborative efforts put into the manufacture of penicillin by the Allies. Chain worked with British and American scientists on an ultimately unsuccessful attempt to synthesise articificial penicillin; another collaborative effort was the Therapeutic Research Corporation, in which five major pharmaceuticals manufacturers, including the Wellcome Foundation, came together “to accelerate the research and production of pharmaceuticals during the war years and in particular the production of Penicillin” (the records of the Corporation can be seen in the archive catalogue under the reference WF/TRC).

If this were all there was to say about Chain his papers would already be well worth consulting. However, there are many other points of interest in Chain’s long and dramatic life, which his papers illustrate. Before starting work with Florey at the age of thirty he had already come through hardship. As his name suggests, he was born in Germany – his family were Jewish, and his father, the industrial chemist Dr Michael Chain, had been born in Russia. The family had known considerable financial hardship when Michael Chain died in 1919, but it proved possible for Ernst to study at the University of Berlin, graduating in chemistry and physiology in 1930 and moving on to take a doctorate in the Charité Hospital Institute of Pathology’s chemistry department (a foreshadowing of the way the two disciplines would meet in Oxford later in his career). All this while he was also exploring the possibility of making a career in music: he performed as a pianist and wrote newspaper music criticism. During the early 1930s Chain began to conclude that his real flair was for science but it was of course political developments that turn out to be decisive in the shaping of his career rather than his own choices: the Nazis’ advent to power in 1933 prompted Chain to leave Germany for England, where he worked under Sir Gowland Hopkins at Cambridge, obtaining a second doctorate, before the crucial invitation to join Florey in Oxford. 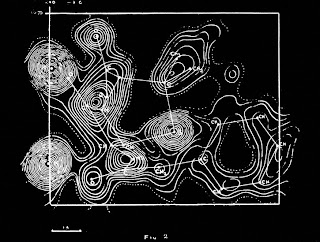 Chain’s papers reflect this multi-national element. Early material documents his studies in Germany, his flight from the country and arrival in the U.K. as a refugee. After the war, his relationship with Florey deteriorated – the familiar story of disputes over priority and credit for discoveries – and in 1948 he moved to the Istituto Superiore de Sanità in Rome, before returning to England in 1961 to take up the chair of Biochemistry at Imperial College, London. All phases of his later career are represented in the papers, including copious correspondence: Chain was fluent in English, German, Russian, French and Italian, and his papers – in these and other languages – show the wide range of his contacts across the world of science and industry. A cursory scan down the names of his correspondents in section K of the archive indicates the breadth of his social and professional networks: there are major scientific figures like Linus Pauling and Richard Doll; less stellar names whose work can be fleshed out by other papers held in the Library (for example, the pathologist and cancer researcher Sir Alexander Haddow or the nutritionist Thomas Latimer “Peter” Cleave, both of whose own papers are held in the archives department); and other figures whose fame lies outside the fields of science or medicine, such as the Labour MP and founder of the National Health Service Aneurin Bevan, to whom Chain wrote several times in the late 1940s and early 1950s (at a time when the Labour Party was in opposition and Bevan at loggerheads with some other leading figures in the party, Chain declared himself Bevan’s “loyal follower”). 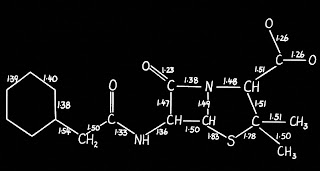 The beauty of having all this information in a database, of course, is that all these names – and many other terms – become accessible to the reader searching across the whole archive collection, not necessarily knowing in advance that this individual had any contact with Ernst Chain at all. This increase in accessibility is certain to mean increased use for the collection as a whole, and in particular for the areas of it that deal with areas of Chain’s career other than the 1940s penicillin work for which he is most famous. Getting all this data accessible online is the culmination of a long process. For some months the Library Administrator, Tracy Tillotson, worked on rekeying this entire catalogue into a spreadsheet for loading into the database (a process described in an earlier blog post), fitting this into whatever spaces might open up between her many other duties. The data created in this way was loaded in early June and the whole catalogue is now searchable online, coming to just under 2400 new database records. The sheer size of the collection is brought into focus when one searches the database on reference PP/EBC: even when displayed in brief, single-line hitlist style the records fill 48 web pages. Our brief description here only gives a taste of the material newly searchable: readers are invited to log onto the archives catalogue and make their own explorations.

Note (September 2010): this posting refers to the papers of Norman Heatley as undergoing cataloguing and shortly to be made available. We are pleased to announce that the Heatley papers have now been released to the public: a description can be read here and the catalogue browsed in the Wellcome Library archives catalogue under the reference PP/NHE.