Archives and Manuscripts cataloguing – May 2010

Every month we post a summary of new archive cataloguing on the Wellcome Library blog, complementing the information about other new material available from by RSS feeds from the main catalogue of books, images, film and sound. May’s report is slightly unusual. During this month, hundreds of new records entered the archives database but only one was released to public view within the month: the vast majority were released in the early days of June. However, in order to publicise the new material to potential readers quickly, we will bend our self-imposed rules and, just for once, describe material that was not actually visible until a few hours after the May 31st deadline. 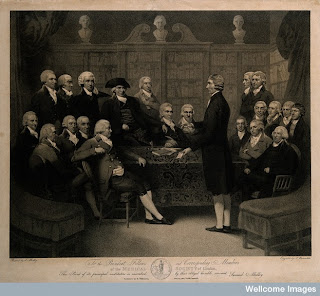 The Medical Society of London was founded in the 18th century by John Coakley Lettsom (1744-1815), as a forum in which medical practitioners from different disciplines could meet; it continues to this day. Last year the Society deposited its administrative archive at the Library and the catalogue of this is now visible in the archive database under the reference SA/MSL. It includes constitutional records; minutes of Council, committee, general and ordinary meetings; membership records; financial material; records of books owned and lent by the society’s library; Fothergillian Prize committee records and prize essays; and a small group of committee minutes, attendance books and other records generated by societies with which the Medical Society of London was associated (notably the Westminster Medical Society with which the society merged in 1850). It should be noted that the Society’s administrative records are joining its manuscript collection, transferred here some years before (and visible by searching for references beginning MS.MSL.); in addition, papers created by John Coakley Lettsom himself are available as MSS.3245-3249, 5370 and 8684. 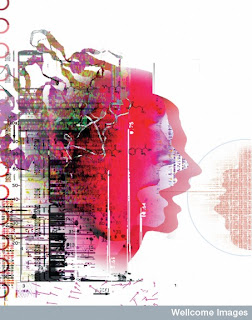 Work continues in the background to convert the last few archive catalogues to database form, as described in a blog post last year. May saw another collection completed and the data becoming visible in the first hours of June: the papers of Henry McIlwain (1912-1992), biochemist. McIlwain’s particular research interests led him to neurochemistry, in which discipline he became a founding figure. The papers held here generated 501 new database entries and span biographical material, correspondence, material on lectures, visits, publications, and material on his work with the Institute of Psychiatry: they can be seen in the database under the reference PP/MCI.

In addition, May saw extensive work on other collections that will shortly see the light of day. Two collections were catalogued by archive students on placements at the Library, and once repackaging of these papers is completed, readers will be able to consult the archives of Professor Emmanuel Ciprian Amoroso CBE, FRCP, FRS (1901-1982), veterinary embryologist and endocrinologist (PP/AMO) and Dr Philip D’Arcy Hart (1900-2006), whose long life almost defies summary but whose roles included researcher specialising in tuberculosis and other chest conditions, Socialist and peace campaigner (PP/PDH). In the area of retroconversion, the enormous catalogue of Sir Ernst Chain’s papers (PP/EBC) neared completion and will be the subject of another blog post shortly. We may have to bend the rules slightly to give an idea of the work that took place within the calendar month of May, but there is no shortage of new material to direct our readers towards.

The upper illustration shows the inaugural meeting of the Medical Society of London (Wellcome Library no. 545991i); the lower is an artwork “Biochemistry and the brain” by Nanette Hoogslag, depicting analysis and understanding of the biochemistry and genetics of the human brain.

One Response to Archives and Manuscripts cataloguing – May 2010