China then and now: exhibition in Liverpool 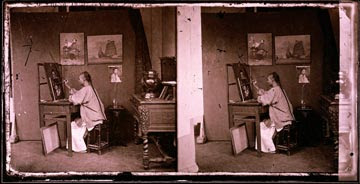 In or near Liverpool this weekend? Among other attractions in the city, the Wellcome Library’s spectacular exhibition of photographs of Imperial China will be on display at Merseyside Maritime Museum for the last two days of the exhibition. On show are 150 photographs documenting the people, street life, customs, buildings and natural environment of 19th-century China.

The museum has created a video showing buildings and places as the photographer John Thomson saw them in China in 1870 and the same places as they are today. As readers of Stewart Brand’s book How buildings learn (1994, subsequently a BBC film available on the web) will recognize, such a task takes a lot of effort but the results are often astonishing. One might wonder which is more surprising: the derelict state under the Late Qing Empire of some historic buildings now conserved, or the fact that some of the buildings and landscapes are virtually unchanged?