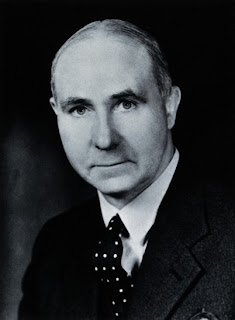 Our archive cataloguing during July was chiefly dominated by on-going projects rather than the release of new records to the database: although several of those projects will appear very shortly, some as early as August’s round-up. One very small collection was catalogued swiftly and released on the same day: various items of correspondence, mostly undated, by the author and medical man Sir Arthur Conan Doyle (1859-1930) (MS.8744).

The papers of the biochemist Norman Heatley (PP/NHE) will be released in the very near future: cataloguing is completed and what remains is the final editing of the catalogue and the necessary physical processing (boxing up, labelling and so forth). As mentioned in a recent blog post, this will tell another side of the penicillin story to that given in the recently-retroconverted papers of Sir Ernest Chain (PP/EBC).

Behind the scenes, work continued on the papers of the psychiatrist Henry Dicks. In addition, under the heading of new cataloguing, we can include a radical expansion of the catalogue of the papers of the geneticist Professor Hans Grüneberg (PP/GRU) which will make available much more detailed information about his individual correspondents.

A project is also under way to expand the amount of material catalogued and available that relates to Wellcome Witness seminars on various topics in medical science – the fruits of this will appear in the near future as GC/253.

The retroconversion project to convert all our old hard-copy archive catalogues to database form moves ever closer to completion. This month saw the release of the catalogue relating to Sir Graham Selby Wilson (1895-1987), bacteriologist (PP/GSW). Wilson’s particular research areas were the Salmonella group of bacteria, brucellosis and tuberculosis, milk hygiene and the control of diphtheria. His papers include biographical information, research materials, lectures and material on his academic career in Manchester and at the London School of Hygiene and Tropical Medicine, and papers on the setting up and operation of the wartime Emergency Public Health Laboratory Service (PHLS), of which Wilson became Director in 1941, continuing as Director of the peacetime service until retirement in 1963.

Also of particular note is the collection of papers from the Abortion Law Reform Association (SA/ALR), whose catalogue completed retroconversion and checking during the final hours of July and went live on Monday August 2nd – these will be mentioned in more detail in next month’s round-up.

In addition, behind the scenes retroconversion work also continued on various collections such as the Medical Research Council’s Blood Group Unit (SA/BGU) and the Birth Control Campaign (SA/BCC).

Image: Sir Graham Selby Wilson, the catalogue of whose papers was released to the database this month. Photograph from Wellcome Images.