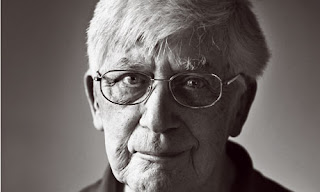 The death was announced yesterday of the Scottish poet Edwin Morgan. A major poetical voice, Morgan’s obituaries do their best to capture the range and styles of his vast array of poems.

Evident from Morgan’s work is his fascination by science: his poems commenting with wonder upon such topics as space travel, zoology, biology and evolution. A naturally clear-sighted illustration of his belief in the close relationship of science with poetry, is to be found in his essay ‘Poetry and Virtual Realities’ published in Contemporary Poetry and Contemporary Science (2007) (a copy of which is held in our Medicine and Society collections).

In this essay, Morgan comments how his work looked at “how scientific facts and discoveries could be opened out fictionally within a broader context of human experience”. Such a statement stands for much of his poetry, but perhaps the clearest examples are in his collection Virtual and Other Realities (2007). This work includes a poem on Matthew Clydesdale, the executed murderer allegedly brought (briefly) back to life by Dr Andrew Ure at the University of Glasgow in 1818 and ‘A Voyage’ a sequence of poems on the meeting of a sperm and an egg and which are told from their perspectives.

It is perhaps not surprising that when diagnosed with cancer Morgan turned his gaze inward: writing dialogues between a normal cell and a cancerous cell. Even here, life could be looked upon with wonder and humour.

Image: from The Guardian

The work of a 19th century medical officer of health