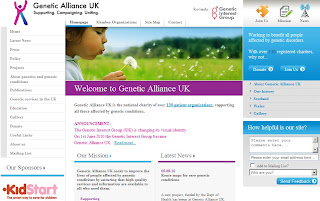 August saw the completion of several long-running projects, with newly catalogued collections and retroconverted catalogues both entering the online database for the first time. Several thousand new records were made available for searching, chiefly relating to twentieth-century collections.

Our first highlight this month (already described more fully in an earlier blog posting) is an indication of how up-to-the-minute archives can be and a valuable addition to our holdings on genetics, complementing the hard science with information on its human impact. Genetic Alliance UK is an umbrella organisation bringing together various groups representing persons affected by genetic conditions (the initial impulse came from a member of the Huntington’s Disease Association, whilst in its first years it was run on a voluntary basis by a member of the Tuberous Sclerosis Association): it was founded in 1989 as the Genetic Interest Group and adopted its new name in June this year. It deals, then, with very current issues and the archives include material created only a few months ago. The papers total four boxes (50 database records) and include minutes and agendas of the society’s AGMs, Trustee Board and Operational Group, annual reports, and newsletters and publications produced by the society, either alone or in conjunction with other groups. The papers are available under the reference SA/GIG.

In the 1980s the Library received a small collection of papers relating to the work of the biochemist Norman Heatley (1911-2004) and his work as part of the team that developed penicillin; these were made available under the reference GC/48. At the end of Heatley’s life a much larger amount of material was given to the Library, transforming the original single box into a collection filling thirty: this new material has now been catalogued and the original GC/48 merged with it, to form a large new collection with the reference PP/NHE. A fuller description of the papers is to be found in a blog posting by their cataloguer.

A letter by the great cricketer (and general practitioner) W.G. Grace (1848-1915), previously held in the Library’s old Autograph Letters Collection, was added to the online catalogue. It includes information on one of his younger brothers, who is about to take an exam at the Royal College of Surgeons: Grace discusses with the College how to minimise the effects of his exam nerves. The letter can be consulted using the reference MS.8746.

As noted last month, work continued behind the scenes on the papers of the psychiatrist Henry Dicks (PP/HVD) and on a project to expand the amount of material catalogued and available that relates to Wellcome Witness seminars on various topics in medical science (GC/253). Work also continues on a radical expansion of the catalogue of the papers of the geneticist Professor Hans Grüneberg (PP/GRU) which will make available much more detailed information about his individual correspondents. For the moment, the original catalogue of the Grüneberg papers has been taken off-line to avoid creating confusion: contact the archives and manuscripts department to access this material. 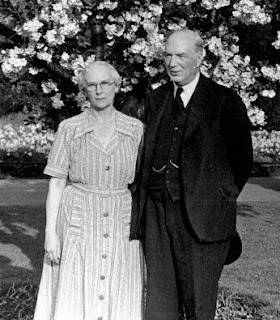 Last month’s cataloguing highlights mentioned that the retroconversion project, which aims to convert all the Library’s old hard-copy archive catalogues to database form, is coming very close to completion. We mentioned then the catalogue of the Abortion Law Reform Association, which completed retroconversion in the final hours of July and went live very early in August, adding 758 new records to the database. The archive includes records of the Association, its officers, and individuals connected with the attempt to reform the abortion laws, plus various associated materials such as papers of Chairman Janet Chance, and, following the passing of 1967 Act making abortion legal, papers of the ‘Lane’ Committee on Working of the Aberdeen Act and Abortion Amendment Bills. Its reference is SA/ALR.

In an allied area, the catalogue of the Birth Control Campaign was also converted. The 257 new records for searching document the work of the Campaign and its parent body the Birth Control Trust, focusing in particular on Parliamentary action: topics addressed include wider availability of vasectomies, free provision of contraception under the NHS, and general improved NHS facilities for contraception, abortion and sterilisation. There is also a large section of press cuttings, and files relating to attempts to promote and publicise its aims and to relations with other bodies in connected fields. The papers can be found by searching for the reference SA/BCC.

Earlier we mentioned new cataloguing that relates to genetics: retroconversion also contributed to this theme, making available the catalogue of papers relating to the
Medical Research Council Blood Group Unit. Another 498 records were added to the database, the many scientific symbols used in the data leading to a considerable extension in the archivists’ HTML abilities. The MRC Blood Group Unit succeeded the Galton Laboratory Serum Unit set up in 1935 under the direction of Professor (later Sir) Ronald Fisher and financed through the Medical Research Council by the Rockefeller Foundation (the need for safe transfusion therapy intensified blood group research in the run-up to the Second World War). The Unit was reconstituted in 1946 at the Lister Institute for Preventive Medicine as the Blood Group Research Unit, under the directorship of Dr Robert Race, and acquired an international reputation in the highly specialised field of haematology, extending its work in 1965 into the genetics of blood groups. Upon the retirement of Dr Race in 1973, Dr Ruth Sanger became director of the Unit. Under Dr Sanger’s direction, the Unit continued to make a unique contribution to the identification of blood groups, and to the applications of the blood group systems to the problems of human genetics. The Unit was disbanded in September 1995, although its work continues in other research centres. This collection will be one of those to be digitised early as part of the Library’s focus on material relevant to the history of genetics; the data can be browsed under the reference SA/BGU.

Finally, the catalogue of the papers of Sir Edward Mellanby FRS (1884-1955) and Lady May Mellanby née Tweedy (1882-1978) was converted. The Mellanbys worked together in the field of nutrition, with particular emphasis on vitamins and deficiencies; in addition, Sir Edward was Secretary to the Medical Research Council from 1933-1949. The papers include personal material, correspondence, research notes, lectures and drafts, and add another 876 records to the database which can be found under the reference PP/MEL.

For information on newly-catalogued material in the Library’s other collections – books, pictures, film and so forth – subscribe to the relevant RSS feed.