‘A Vampyre in Hungary’

We have received certain Advice of a Sort of a Prodigy lately discovered in Hungary…namely of Dead Bodies Sucking, as it were, the blood of the living 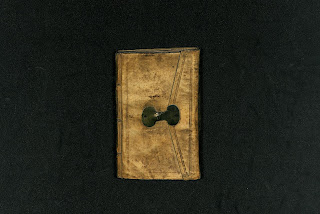 This quote comes the Wellcome Library manuscript shown above (MS.2801). Noted down by its anonymous compiler are contemporary accounts from the 18th century, of “strange events, accidents and phenomena”. Many of these incidents are little remembered today, but the first case in the volume is particularly apt to relate on Halloween.

Titled ‘A Vampyre in Hungary’, it records an account from the Whitehall Evening Post which has since come to be regarded as one of the best documented accounts of vampirism.

The account is based on the report of Austrian officials, who were sent to investigate incidents in the village of Medvegia in rural Serbia (then under Austrian control) in the winter of 1731. The locals there reported that the incidents dated back to 1726 when a local man by the name of Arnold Paole – anglicised by the Whitehall Evening Post to Arnold Paul – died after falling from a hay wagon.

Before his death, Paole had revealed that during his lifetime he had been troubled by a vampire, when living near Gossowa in Turkish Serbia. To cure himself of this affliction, Paole had eaten earth from the vampire’s grave and smeared himself with the vampire’s blood. 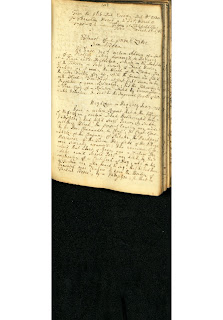 In the thirty days or so after Paole’s death, villagers reported they were being bothered by the deceased Paole and that four people had been killed by him. As a result, Paole’s body was dug up forty days after his burial. The corpse was seen to be undecayed and believing this to be evidence of Paole’s vampiric state, a stake was driven through his heart and his body burned. Believing too that the four people allegedly killed by Paole would also become vampires, these villagers were also disinterred and their bodies treated in the same way as Paole’s.

In late 1731, more deaths occurred in Medvegia, with more than 10 people dying within several weeks of each other. The locals believed this to be a recurrence of the vampirism outbreak of five years previously, explaining that the first villager to die had eaten the meat of sheep that the “previous vampires” (i.e. Paole and his victims) had killed. It was to investigate this outbreak that authorities came to the area. They investigated the deaths (learning of the case of Paole in the process), reported their findings and then the process of dissemination begun, leading eventually to our anonymous writer noting the event down in his commonplace book, from the report in the Whitehall Evening Post.

As the report notes, the officials visiting Medvegia in 1731 believed the bodies they saw – most of which had not decomposed – were in “the vampiric condition” and the bodies were treated in a similar fashion to Paole and his victims in 1726.

Viewed today, the phenomena attributed to the described in these accounts of the disinterred fit with our modern understandings of decomposition. However, many of the motifs of vampirism – victims of the vampire becoming vampires themselves; bodies not being decayed after death; stakes through hearts – are present here in the case of Arnold Paole.

(More contextualising detail on Paole can be found in a range of related books in the Wellcome Library).

2 comments on ‘A Vampyre in Hungary’