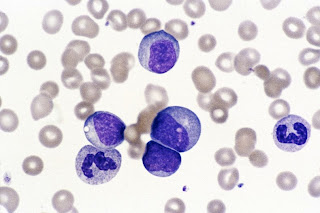 During the final decades of the twentieth century, a leading go-to person for evidence on the deleterious effects of low-dose radiation was Alice Stewart, FRCP (1906-2002), then well past retirement age. Throughout her eighties and well into her nineties she remained active in her research into the effects of lose-dose radiation, in spite of establishment resistance to her findings and inadequate facilities and funding, and travelled extensively all over the world to speak at conferences, at hearings and inquiries on the implications of her work for environmental issues and occupational hazards, and in legal cases for compensation.

Stewart’s copious papers were presented to the Wellcome Library shortly after her death and have now been catalogued and are available, subject to issues of Data Protection for some material, under the usual conditions of access to material in Archives and Manuscripts.

This is an important and wide-ranging collection, and a major addition to our holdings concerning radiation, among many other topics. Although the majority of the material dates from after Stewart’s retirement from the University of Oxford, when she became an Honorary Research Fellow at the University of Birmingham, the papers do include material on her earlier career, as well as some personal and family material, including correspondence with the poet and literary critic William Empson, with whom she had a relationship enduring over decades.

She was the daughter of two doctors, Arthur and Lucy Naish, who worked in Sheffield and were particularly concerned with issues of child health and welfare. An unpublished lightly fictionalised biography of Lucy Naish by her daughter-in-law, the novelist Nora Naish, ‘Dr Lucy’ is held in Archives and Manuscripts. As one of four medical students at Cambridge in her year, Alice was the target of hostility from her male peers, but made friends in other fields. She continued her clinical training at the Royal Free Hospital, qualifying in 1932.

After some years in practice in London, she was invited to Oxford by Professor L J Witts, and it was there that she joined John Ryle’s Institute of Social Medicine. She undertook various important surveys into occupational health during the Second World War, and in 1946 became only the ninth woman (and the only one under 40) to be elected a Fellow of the Royal College of Physicians. Following Ryle’s early death, she succeeded him as Director of the Institute of Social Medicine, but the post was downgraded from a professorship to a readership, on account of her gender.

She devised better ways of recording and interpreting data in an era during which computers were still not common, in a method she called ‘visible tape’ which enabled the data to be read in several different ways.

In 1955 the Institute commenced the Oxford Childhood Cancer Survey. One of the early findings that came out of this study (which went on for many years) was Stewart’s discovery of the role of x-rays in pregnancy to the development of leukaemia in the offspring, which although initially derided, led fairly quickly to the development of stricter protocols for the x-raying of women either pregnant or likely to be so and the move towards other forms of imaging.

In 1974, on her retirement, finding the ambience in Oxford deeply uncongenial to her and the work she was doing, she moved to Birmingham, expecting to finish off the work on Childhood Cancer Survey. However, a few months later, Thomas Mancuso, an American epidemiologist who had been commissioned by the Atomic Energy Commission to undertake research on the effects of low-level radiation on workers in nuclear facilities, contacted her about some anomalous findings in his study of workers at Hanford, which manufactured plutonium for the Manhattan Project.

This led her into a second, late-blossoming career of research into and activism around the effects of low-dose radiation, i.e. at levels below those which had been deemed harmful in setting guidelines for practice within nuclear facilities or in considering wider environmental impacts. In spite of the hostility her findings evoked in many places, she also gained recognition and honours, including the ‘Alternative Nobel’, the Right Livelihood Award, in 1986.

The collection includes substantial amounts of correspondence between Stewart and colleagues and institutions worldwide, as well as 36 boxes of research materials. There are files relating to the numerous legal cases in which she was approached to give evidence. Her involvement with anti-nuclear and environmental activists is well-documented, including her support for the Greenham Common Women’s Peace Camp, which extended to (well into her 80s) helping to organise a Women’s Rock Concert to raise funds. As well as material relating to disseminating her findings through the usual academic channels of conferences and learned journals, the papers also reveal her assisting broadcasters and journalists in more popular media.

A biography of Stewart, The woman who knew too much : Alice Stewart and the secrets of radiation was published by Gayle Greene in 1999. Further unpublished biographical accounts can be found in the collection at PP/AMS/A.5. There were many obituaries on her death in 2002, including in The Guardian, The Independent and the Journal of Radiological Protection. The entry in the Oxford Dictionary of National Biography was, rather oddly, compiled by her long-time adversary, Sir Richard Doll (whose papers are also held in the Wellcome Library). A video interview of her by Max Blythe in 1985 is held in the Wellcome Moving Image and Sound collection along with other audiovisual records of her.

One Response to Go ask Alice