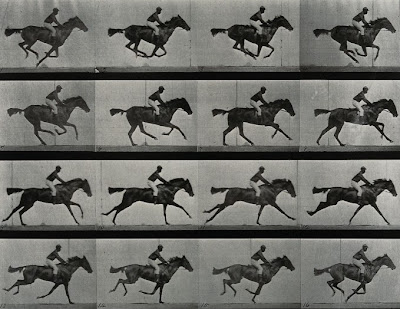 Tate Britain’s splendid exhibition of the works of the mighty Muybridge enters its final week: the last day is Sunday 16 January 2011 (open 10.00–18.00). It of course does full justice to his well-known photographs of things in motion which demonstrated that a trotting horse lifts all four hooves clear of the ground at the same time. These studies were originally supported from 1872 by Leland Stanford, the President of the Central Pacific Railroad, founder of Stanford University in California, and said to be the seventh richest man in America at the time. Fortunately Muybridge’s results vindicated the views of his patron rather than the opposing views of his East Coast rivals. 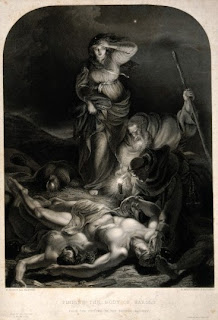 However the exhibition also shows first-hand evidence for Muybridge’s earlier career as a print- and book-seller in San Francisco providing edifying Hogarth and Vernon Gallery prints (left) to the Californian middle classes; his expeditions to Panama and Guatemala (one of the Wellcome Library loans records his views of the coffee workers there); his stupendous panorama of San Francisco in 1877-1878, displayed in a huge made-to-measure showcase which stretches the entire width of a gallery; and much else besides. The exhibition ends with a projection of his “zoopraxiscope” images, a sequence of still images in motion around a revolving drum, which he demonstrated in Paris and London in 1881-1882.

The well-known series Animal locomotion (1887), from which the galloping horse image above is taken, has been mentioned in a previous posting on this blog. The series consisted of 781 large collotypes made not like Muybridge’s earlier studies with Stanford’s support at his estate in Palo Alto, but sponsored by the University of Pennsylvania in its veterinary medicine department in Philadelphia. They were published in massive portfolios containing a hundred plates each, which are extraordinarily heavy and cumbersome. Not surprisingly, few sets were published. So how did the Wellcome Library come to have some 700 of the plates in their original brown buckram portfolios? Who crated and shipped this colossal cargo across the Atlantic?

We do not know for certain, but research carried out for the Tate exhibition has revealed their immediate provenance. The set was lot 269 in an auction on 27 January 1932 in the rooms of Hodgson & Co., the book-auctioneers at 115 Chancery Lane, London WC2. The 79 year-old Sir Henry Wellcome went though the catalogue, and on arriving at lot 269 scrawled in the margins “Very special & valuable” and “Origin of moving pictures”. 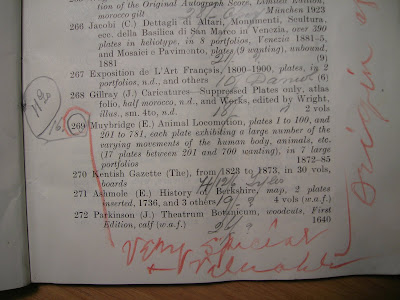 That was as good as a command, and one of Wellcome’s curatorial assistants bought the lot for eleven guineas (eleven pounds and eleven shillings). According to the Measuring worth website, eleven guineas in 1932 are today worth about £594 using the retail price index or £2,300 using average earnings: either way a bargain, perhaps reflecting the resources needed to cart the bulky portfolios away from the auction house and store them once they had been paid for. 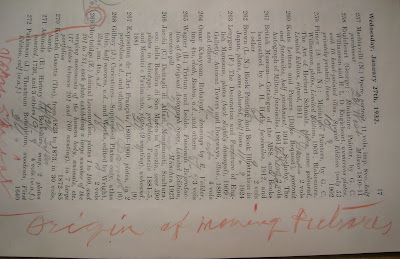 Who had consigned them for auction we do not know, but it is possible that they came from the estate of John Henry Clarke (1853-1931), homoeopathic physician and author of studies of William Blake. His Blake collection was sold in the same sale (“the property of the late Dr. J.H. Clarke”), but the auction catalogue is non-committal about the provenance of the many scientific books in that sale. If the Muybridge plates did come from him, they had passed their time in the hands of a man almost as

eccentric as the photographer, for Clarke (left) was a very prolific author, charismatic editor of The Homoeopathic World for twenty-nine years, and leader of “The Britons”, an anti-Semitic organization. Both on account of his anti-Semitic views (set out in his book England under the heel of the Jew, 1918) and on account of his estate (passing through Hodgson’s rooms in 1932), we can be grateful to him at least for dying when he did, simultaneously denying the Nazis a prominent ally in England and perhaps enabling Henry S. Wellcome to purchase the plates now on display from the Wellcome Library at Tate Britain.

It is notable from Wellcome’s gloss “Origin of moving pictures” that he valued Muybridge’s work for its role in the evolution of documentary media rather than as research in locomotor physiology: as Wellcome’s The evolution of journalism (1909) shows, the historical development of communications was central to his collecting philosophy, and it accounts for the marvellous variety of documentary types in the Wellcome Library today.

After it closes in Tate Britain, the exhibition reopens in a somewhat different form at the the San Francisco Museum of Modern Art (26 February – 7 June 2011), and an exhibition of Muybridge’s zoopraxiscope discs continues in his home town of Kingston upon Thames until 19 March 2011. 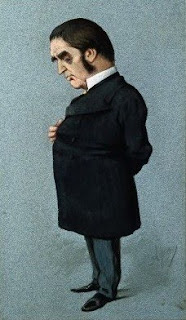 A recent monograph by Rebecca Solnit [1] summarises Muybridge’s biography and places his work in new contexts. In agreement with Wellcome’s comment, she emphasizes Muybridge’s role as a link in the chain of events leading to the motion picture industry, and discusses the growth of Silicon Valley around the places in which Muybridge carried out his work in California. Also discussed is the probable brain injury which Muybridge suffered in a coach accident in Texas in 1860, and which, perhaps fortunately, a later consultation in England with Sir William Withey Gull (right) was unable to cure. Solnit describes the personality change that Muybridge underwent from that point, turning him into the combative and uninhibited photographer who rose to the challenge put to him by Stanford in 1872.

One Response to It’s that Eadweard Muybridge again!