The Brain: A Secret History 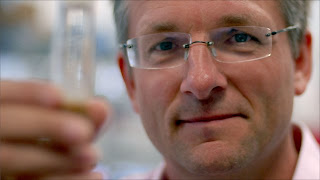 Beginning last night on BBC4, The Brain: A Secret History, is a new three part documentary series which illustrates the history of attempts to understand and manipulate the brain.

In the first episode of the series, ‘Mind Control’, presenter Dr Michael Mosley discussed the famous experiments of Ivan Pavlov, B F Skinner and Stanley Millgram. The documentary mixed archive footage with interviews and also included Mosley visiting the Wellcome Library to look at the personal papers of controversial psychiatrist William Sargant.

The episode is available to viewers in the UK through the BBC iPlayer, where it will be joined by the other two episodes once they air, until the 27th January.

3 comments on The Brain: A Secret History