By Matt Brack | From the Collections 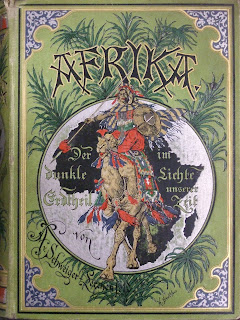 The Wellcome Library is well known for its Asian collections, which characteristically deviate from the Library’s usual remit of the history of medicine. Its Oriental Topography component, the core of which consists of monographs written about the ‘orient’ by Westerners during Henry Wellcome’s lifetime, is perhaps less well known. This choice of title is evidenced by the collection’s prior and somewhat whimsical categorisation by geographic location, with books shelved from east to west. It has now been re-catalogued to make it more accessible.

The idea of Oriental Topography itself is indicative of the collection’s status as a time capsule of European attitudes towards foreign lands at the height of colonialism. Here the ‘orient’ even includes West Africa, much of which literally lies to the west by longitude of this collection and is, of course, in Africa, thereby escaping most definitions of the ‘orient’ itself. Beyond the collection’s provenance, representative of Henry Wellcome’s wider interests and collecting habits, there are some very interesting individual items here.

That books on Africa have achieved such prominence in an Asian collection says rather a lot about Henry Wellcome’s passion for the continent, born out by his extensive projects in Sudan. Wellcome’s biographers have also noted that one of his closest friendships was with Henry Morton Stanley, a man inseparable from African colonial mythology. Wellcome wrote the introduction to Stanley’s autobiography, and the Topography collection contains Wellcome’s personal copy of The Congo and the Founding of its Free State, gifted to him by Stanley. 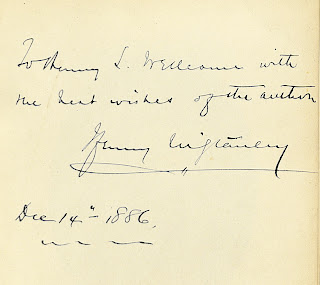 Moving into Asia itself, particularly well-represented are some of the publications on exploration and intrigue in Central Asia from a period when the Great Game between the Russian and British empires was at its height. Many of Sven Hedin’s works are included here, alongside those of his rivals Marc Aurel Stein and Nikolai Przhevalsky. At the turn of the twentieth century, the lines between archaeology and exploration remained blurred as explorers risked their lives in the last uncharted regions of Asia, supported by imperial governments desperate for geopolitical intelligence.

For documents that explicitly document the Great Game, amongst the collection is the personal copy of a “strictly confidential” report on the Gilgit Mission of 1885-6 belonging to Henry Mortimer Durand, Foreign Secretary in India at the time. Durand had launched the mission in order “that a correct knowledge should be obtained of the Hindu-Kush range…,” following in the footsteps of the British explorer George Hayward who had been mysteriously murdered in 1870 during his journey to explore the Pamirs. 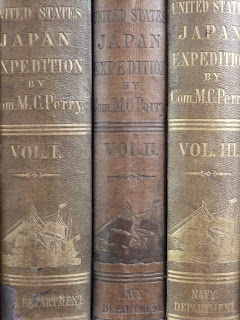 Moving further east, the collection includes Commodore Matthew Perry’s Narrative of the Expedition of an American Squadron to the China Seas and Japan, documenting one of history’s most significant acts of gunboat diplomacy as Perry’s ‘Black Ships’ delivered President Fillmore’s demand for a trade treaty with Tokugawa Japan in 1853. It would be almost one hundred years before the tensions surrounding this initial encounter between Japan and the United States would be fully resolved. The three volumes in the collection were published with money awarded to Perry by US Congress for his services in Japan upon his return in 1855.

Matt Brack was Digitisation Project Manager at the Wellcome Library.