Archives and manuscripts cataloguing, May 2011 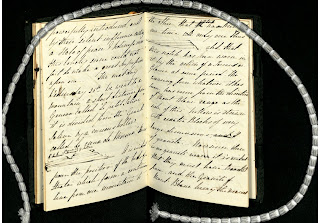 May was, for the most part, a month of steady progress in the Archives and Manuscripts department, with several collections in train but the majority carrying on into June rather than being completed within the month. Nearly 400 records were added to the online database before the month’s end. The majority remain invisible for the moment, awaiting the completion of the projects to which they belong, but May did see the release of several noteworthy sets of papers, now available for study in the Wellcome Library.

Our long-running project to repackage and make available material deposited here by the British Psychological Society passed another milestone, with the papers of Charles Wilfred Valentine (1879-1964) (PSY/VAL) being made visible in the database. Valentine was a specialist in educational psychology (and a life-long friend and colleague of Cyril Burt) and many of the papers relate to child development. In some tests, for example, he tracked the reactions of infants from birth to the age of three, monitoring such things as whether the sound of a ticking watch obtruded on their attention enough for them to stop feeding and whether this changed over time. He also wrote on the psychology of aesthetics, and on dreams. One particularly interesting section of the collection comprises notes kept by his one-time research student, Kenneth Davies Hopkins (d.1942). Hopkins, a Birmingham teacher, studied for an MA in Education under Valentine’s supervision in the 1930s. A Territorial Army officer, he served in the Second World War and was captured in northern France in 1940. Whilst interned as a Prisoner of War, he embarked on a project to record his dreams and those of his fellow PoWs, with Valentine’s encouragement. (Prisoners of war, with all too much time on their hands, undertook many scientific projects during the Second World War: much pioneering work on bird behaviour, for instance, dates from this time.) Sadly, Hopkins died of a lung condition in a PoW camp in 1942; his notebooks were found when the Allies took control of the vacated camp in 1945, and sent to Valentine. The Library is pleased to make them available now, as a small tribute to Major Hopkins’ determination to continue scientific work under the most unpromising of circumstances.

War is a leitmotiv of this month’s new material: another major tranche of papers relates to the Strangeways Research Laboratory’s work during the Second World War. The papers form part of the existing SA/SRL collection of papers from the laboratory (SA/SRL), described as a new section M. The Laboratory spent the war researching substances that might be used in chemical warfare, and agents that might counteract them, in collaboration with the War Ministry’s Porton Down Laboratory. An earlier blog post has described these papers in some detail.

On a lighter note, MS.8767 takes us travelling in nineteenth-century Italy. It comprises an account of a journey undertaken in 1855 by C.J.W. Bosanquet, whose identity remains unknown. Starting in Milan, Bosanquet takes us eastwards to Como and the Lakes, then into Switzerland and via Geneva to Lyon; he records sights seen, the weather, his experiences with officials when crossing borders, and religious reflections inspired by all of these. Drinkers of bottled water may be a little unsettled by his note that “We slept at a dirty little place called Evian.” We can only applaud his taste, however, in how he opens the journal: its first words are “There are some very curious manuscripts in the Library.” There are indeed; and several more are now available to be seen in the reading room.