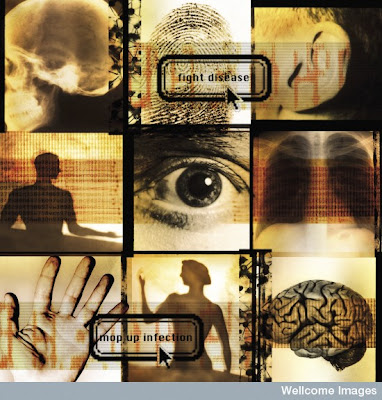 The archives of the Royal Society for Public Health are now available at the Wellcome Library. Whilst the current Wellcome Collection exhibition, Dirt, shows the filthy reality of everyday life, this collection demonstrates how people have worked to combat dirt, in its many forms, over the years.

Originally founded following the Public Health Act of 1875, the Society works to educate people about health and hygiene. The society offers courses leading to qualifications in subjects such as food hygiene, and health and safety, as well as advocating for improvements in public health. In the past, they ran courses of public lectures on subjects as diverse as meat and food inspection, birth control, and forensic medicine, as well as running a number of laboratories and the Parkes Hygiene Museum. The museum, which closed in 1962, was used for teaching and demonstrations, allowing public health workers and the public to see examples of different public health solutions, and examine their construction and defects.

Over the years the society has responded to the needs of the time, becoming involved in the design of respirators to protect the public in the event of a gas attack in World War I, for example. A gradual decline in membership throughout the 20th century has recently been reversed, as events such as the recent E. coli outbreak demonstrate that public health education and advocacy is just as important today.

The papers of the Royal Society for the promotion of Health are part of the Wellcome Library’s Archives and Manuscripts collection. The catalogue can be searched via our online catalogue, using the reference SA/RSP.