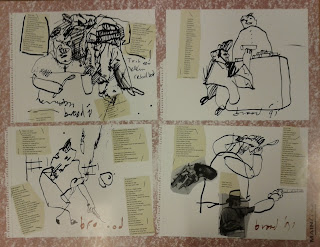 This print (left) sits in the Wellcome Library among a group of Dutch posters about the use of recreational drugs. It is exceptional for its casual production values: scraps of paper torn out of a notebook, containing incoherent verses which surround incompetently scrawled drawings, photographed on a ready made background and put together with whatever editing software was available for such purposes in 1995, the date on one of the drawings. 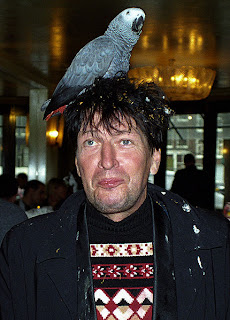 The scrawl can however be forgiven, as the author of these drawings was not a professional artist, and their incoherence is their whole point. As the signature “brood” indicates, they are the manic ramblings of Herman Brood (right), the charismatic Dutch rock-and-roll star whose well-publicised life was fuelled by drug-use: chiefly LSD, cannabis, heroin, amphetamines and alcohol. His heyday was the 1970s and 1980s. When the music industry became too strenuous, he turned to painting in the graffiti-influenced street styles which have since become more popular than they were then, and, though colour-blind, won some renown as a spraycan artist. This poster is an example of his drawing style, apparently published to dissuade drug users in Amsterdam from following his course in life. 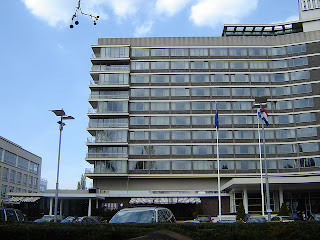 As well they might (be dissuaded). For in Brood’s case, years of drug-use had taken their due, and although he had made plans for a new recording with a full orchestra, the future must have looked unappetising to him. On 11 July 2001 he leapt to his death from the top of the Amsterdam Hilton hotel. To remember that moment, and the life that came to a sudden end at that time, a memorial event has been organized to take place there today, 11 July 2011, at 13.15 pm.