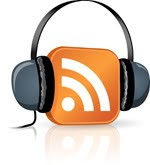 In February, the Wellcome Collection Conference Centre hosted an afternoon symposium, to celebrate the launch of the historical archives of the Population Investigation Committee (PIC), held in the Wellcome Library.

Podcasts of all the presentations from the symposium are now available from the PIC website. Speakers included Dr Edmund Ramsden (University of Exeter) on the early history of the PIC, Dr Lesley Hall (Wellcome Library), on the PIC archive and other similar collections held by the Wellcome Library, Prof Michael Wadsworth (MRC Unit for Life Long Health and Ageing) on setting up the 1946 National Birth Cohort study, and Prof Ian Deary (University of Edinburgh) on the Scottish Mental Surveys of 1932 and 1947.

Prof Deary’s presentation is particularly timely, given that the surveys he describes are the inspiration for a play, Still Life Dreaming, which is co-produced by the Wellcome Trust and premieres this week at the Edinburgh Fringe.