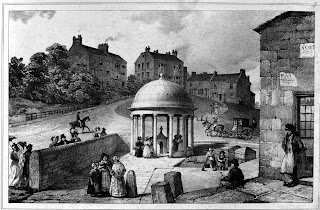 1st August is Yorkshire Day – inaugurated 1974: the date alludes both to the battle of Minden, 1759, historically commemorated by the King’s Own Yorkshire Light Infantry, and the anniversary of the abolition of slavery in the British Empire in 1834, in which Yorkshire MP William Wilberforce was so instrumental a figure.

It thus seems appropriate to draw attention to the resources the Library has to offer to the local historian for that area. 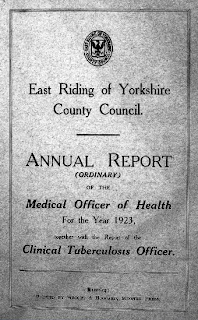 The Library holds an extensive collection of reports of Medical Officers of Health which contain substantial amounts of material of general social history, as well as medical and sanitation, interest. The Iconographic Collections include a significant number of images of Yorkshire institutions, from hospitals and schools for the blind to spas and healing wells.

The Archives and Manuscripts sources guide for UK local history includes a very wide range of material relating to Yorkshire: from measures imposing quarantine at Hull at the time of plague in the 1660s to Alice Stewart’s (Stewart herself was a Yorkshire girl) files relating to her involvement with environmental groups concerned about radiation issues in the 1990s. In between there are numerous items reflecting both professional and informal household medical practice, local societies and institutions and local branches of national organisations, and such one-off events as the case of the arson attack on Marie Stopes’ birth control caravan when it visited Leeds.