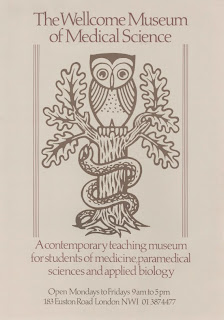 Almost 40 boxes of additional records of the Wellcome Museum of Medical Science (WA/MMS) have recently been transferred from storage and are now catalogued and available to researchers in the Wellcome Library.

The idea for this ‘teaching museum’ was first conceived in 1914 by Sir Henry Wellcome, with the idea of supporting an increase in the knowledge around and treatment of tropical diseases. International events intervened almost immediately, however, and the museum put itself at the service of the War Office during the entirety of World War I, offering training for troops serving abroad in tropical climates and carrying out research in different theatres of war. The museum was housed in a number of different locations in Bloomsbury during its first ten years, before finally settling in 183 Euston Road in purpose built facilities. Following serious damage to the museum of the London School of Topical Medicine and Hygiene during World War II (the Wellcome collection had been dismantled and put into storage when the Blitz began) the museum held a unique position, and expanded to around 80 bays of material on a number of different subjects. Success could be read in attendance figures, which rose from 9,000 a year in the 1930s to over 16,000 a year by the late 1970s: remarkable when you consider that admittance to the museum was through application only and that it was never open to general admission.

The exhibits and display panels were designed to educate specialists in the field of tropical disease and medicine and to teach the latest techniques in diagnosis and prevention. Visitors could pick up and study specimens from every angle, and could access the latest literature from a drawer beneath the relevant display panel. Fold down desks were devised to line the walls so students studying for long periods had somewhere to keep and take notes. In fact, the Museum operated rather like a classroom for undergraduate and postgraduate medical and paramedical students. Special exhibits also toured the world, in partner museums and institutions. 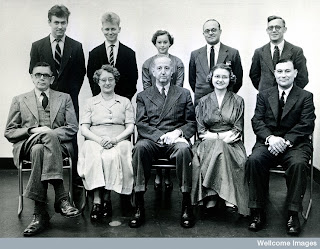 The staff were not initially museum professionals, rather scientists who later acquired curatorial skills, but they did become involved in the developing field of museum studies, contributing to the development of professional training and techniques. One of the first curators, S. H. Daukes, introduced a revolutionary (during the 1920s) visual teaching method which formed the basis of the display panels, and he later wrote a book detailing the method and its implementation in the museum. Experimental methods in displaying specimens, e.g. encasing them in Perspex, were also developed and written up for inclusion in professional journals. 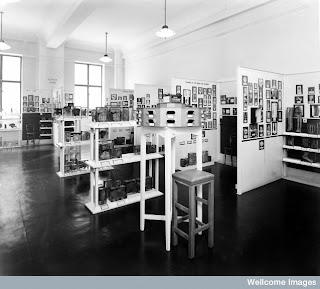 The records in this collection consist of administrative papers relating to the museum’s day to day activities between 1914 and 1989. They include general correspondence files; the papers of the museum curators; details of specimens; records of staff research interests and lecturing work and material relating to the provision of medical education, and how medical museums and higher education institutions across the world collaborated to further this aim. There are also guide books, visitor books and photographs of the museum’s exhibits, specimens, staff and facilities over a number of years.

The museum eventually closed in the 1980s, but it is fondly remembered by many of its former staff and visitors, and we still receive enquiries about it. We hope that these, and other researchers, will find much of interest in these newly-opened records.

[See here for an earlier blog-post explaining how the Wellcome Museum of Medical Science had a cameo role in J.G. Ballard’s fiction.]