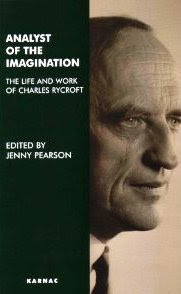 Archives and Manuscripts is pleased to announce a new addition to our holdings of personal papers of psychoanalysts, psychiatrist and psychologists. The papers of the noted psychoanalyst Charles Rycroft (1914-1998) are now catalogued and available (apart from certain files closed for reasons of Data Protection).

Rycroft was something of a maverick figure. During his period at Cambridge in the 1930s he became briefly a member of the Communist Party. He was advised by Ernest Jones to train in medicine if he wanted to demonstrate serious commitment to becoming a psychoanalyst, so became a medical student at University College London, while undergoing his first training analysis.

Although in the early part of his career he held a number of influential posts within the British Psycho-Analytic Society, he became bored with the minutiae of administration as well as more generally disillusioned with the institutional organisation of psychoanalysis and the tensions within the Society between the conflicting groups of adherents of Anna Freud and Melanie Klein. He therefore gradually moved away from the Society, and although he withdrew a formal resignation in 1970 (see PP/RYC/B.44), he eventually simply let his subscription lapse in 1978. He continued, however, to see patients up until very shortly before his death

He made significant contributions to the development of psychoanalytic thought, but from 1959 he put much of his energies into reviewing and writing for the serious lay press on analytic and related topics. The collection contains a substantial amount of material relating to the entire range of his writings in PP/RYC/E.

Rycroft’s extensive connections both in the world of psychoanalysis and in the wider sphere of arts and letters are demonstrated in his correspondence (PP/RYC/B).