A big push for midwifery history 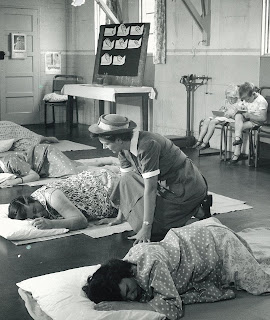 The last few weeks have seen two major collaborative projects in the field of midwifery archives come to fruition, opening up exciting new avenues for research and exploration.

Thanks to the Wellcome Library’s own partnership with the International Confederation of Midwives (ICM) and the generous support of the ICM for the cataloguing of its archive, this has now been completed and the material is fully accessible to researchers. Further details about this collection are available in a separate blog post.

On 4th November 2011 an event was also held at the Royal College of Obstetricians and Gynaecologists (RCOG) to mark the re-launch of the library and archive collections of the Royal College of Midwives (RCM) which are now co-located with the RCOG’s own archive and heritage collections at the RCOG’s headquarters at 27 Sussex Place, London. As highlighted by several speakers at the launch, anyone with even a passing awareness of the history of maternity care in this country will realise that the relationship between the two sets of professionals represented by these bodies has not always run smoothly and that childbirth has always been a highly-contested area, medically, socially, culturally and historiographically. This makes it all the more to be applauded that the RCM and the RCOG have shown the necessary vision to work together to secure a future for their heritage collections. We hope that some of our own users will support the venture by taking a pleasant stroll across Regent’s Park to consult them. 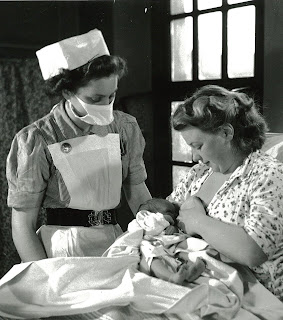 To give you a flavour, an outline catalogue of the RCM archive is now available on-line. There are organisational records going back to the foundation in 1881 of the Matron’s Aid Society. In addition, uniforms, badges, instruments and other objects, photographs, posters and the papers of individual midwives such as case registers, notebooks, and diaries give an insight into the work and experiences of midwives during the 20th century. Printed collections include a complete set of Nursing Notes and Midwives Chronicle. There are obvious synergies with the material held in the Wellcome Library, such as the papers of Rosalind Paget, who was heavily involved with the then Midwives Institute, and which include material relating to the running of the journal and the company Nursing Notes Ltd.

The RCM heritage collections can now be consulted alongside those of the RCOG which include its own institutional records, the personal papers of obstetricians and gynaecologists, and records of related organisations such as the Women’s Visiting Gynaecological Club and the Royal Maternity Charity. The College also houses a collection of obstetric, midwifery, surgical and gynaecological instruments and artefacts and around 2000 rare books, including multiple editions of all the major works in the area, such as the obstetric atlases of Smellie and Hunter, and runs of clinical reports from maternity hospitals.

We have already noticed a growing interest in the history of midwifery, including from our friends at de partu, and hope that access to these major collections will give a further impetus to this trend.

Images:
– Midwife teaching at antenatal class c1940 (RCM/PH7/2)
– Midwife providing instruction in breastfeeding c1940 Archive Reference (RCM/PH7/2)
Both from the RCM Archive held at the RCOG. Copyright of the Royal College of Midwives.