An outbreak of Mad Cow Disease in the archives 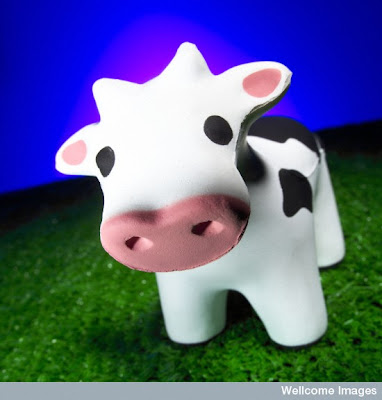 The Wellcome Trust ’s mission is to foster human and animal health. Sometimes these two areas converge. The BSE crisis of the late 1990s was one such occurrence.

Sir John Pattison, former vice-provost of University College London School of Health, and National Health Service Head of Research and Development, was right at the centre of this crisis. As Chairman of the Government’s Spongiform Encephalopathy Advisory Committee (SEAC) from 1995-1999, Sir John had a unique view of the political decisions taken at this time.

SEAC provided advice on a number of issues, including the safe consumption of meat and milk, and the suitable treatment of animal carcasses by slaughterhouses. The committee remained in operation until 30 March 2011, when it was replaced by the ACDP Transmissible Spongiform Encephalopathy Risk Assessment Subgroup.

In December 2010, Sir John Pattison presented a memoir of his time in charge of SEAC to the Wellcome Library , along with a set of committee minutes, and supporting documentation. The minutes, and the documentation that Sir John used in compiling this memoir are now available to Wellcome Library researchers. The memoir itself will be available in the near future, once we have put in place facilities to allow user access to born-digital archival material.

The supporting documentation includes correspondence with politicians, members of the public, and the families of patients with Creutzfeldt–Jakob Disease (CJD). There are also press releases issued on behalf of the committee and other bodies, as well as information on potential tests for, and causes of, CJD.

More information on can be found via the Archives and Manuscripts online catalogue. The reference for this collection is PP/JPN .

The SEAC website can be accessed through the UK Government Web Archive .