If not here, where?

It was the proud boast of London’s Windmill Theatre that “We never closed”: that throughout the Blitz, as bombs rained down on London, the theatre continued to provide nude tableaux for the entertainment of lonely servicemen and their like. The list of ways in which the Wellcome Library resembles the Windmill is a short one: limited, most of us would think, to being in London and beginning with W. The beauty of the digital age, however, is that we can add a third to this list and say that in a sense we too never close: even if the Library’s doors may be shut, all manner of online resources remain available, 24 hours a day, for as long as our web-servers have power.

In the past various resources such as online journals or the Hospital Records Database have been highlighted in blog posts. A less well-known project whose data can be used via the Library website, was the Medical Archives and Manuscripts Survey, or MAMS.
When the Wellcome Library began collecting modern archival material in the 1970s, it rapidly became one of the first ports of call for researchers trying to locate the papers of particular individuals, or on particular subjects. The Hospital Records Database, a collaborative project between the Library and the National Archives, grew out of the need to answer questions like this. However, as its name suggests it deals only with hospital documentation, and as regular Library users will know 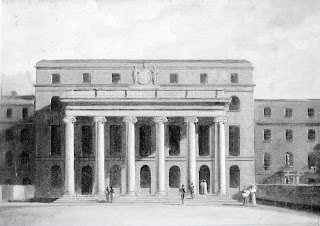 the range of material that can be considered “medical” goes far beyond that – beyond the records of practitioners of scientific medicine and into issues such as nutrition, hygiene, demographics, complementary medicine, and so forth. The Medical Archives and Manuscripts Survey began in the latter 1980s by sending questionnaires out to repositories, and then, when it became apparent that the respondents could not be expected to spot the potential medical implications of every possible source in their holdings, moved in the early 1990s to sending Library staff out to survey archives in situ. By the mid-1990s, well over 100 London institutions holding archives had been surveyed: some, like the Royal Colleges, specialising in medicine; some, like the various Borough record offices, covering a wide range of subjects but limited to a specific geographic area; and others still drawn from all manner of specialisms, from the Alpine Club to the Zoological Society of London via the Marx Memorial Library and any number of other points between.

The 1990s, of course, was a time of radical change in information management and presentation. When MAMS began the aim was to publish the results as a printed directory, like a specialised and more detailed version of Janet Foster and Julia Sheppard’s British Archives. By the mid-1990s it was apparent, as the infant World-Wide Web took off, that the way forward for these projects was as web-mounted databases rather than print. To recast the data gathered into granularised database fields, however, rather than the freetext reports that were its current form, would have meant a level of 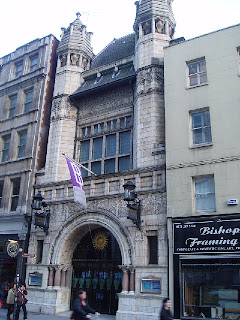 editing work almost as lengthy as the initial survey process had been. As the Web developed, too, increasingly direct access to archive catalogues was possible, and although this did not provide the sort of considered bringing together of medical sources that was achieved by the Library’s surveys, it was another factor in reducing the project’s attractiveness to publishers. In the end the Library decided that at the very least it could make all the information gathered available to researchers in a quick and simple fashion by mounting the various survey reports on the Library website, both as single documents – for those interested in sources available at a particular venue – or as one unified searchable listing, for people interested in a particular topic wherever it was to be found.

So, to the data. The terms of reference were simple: material of some medical or health relevance (“relevance” defined as widely as Sir Henry Wellcome would have done: very widely indeed), between the years of 1600 and 1945. 1600 was chosen as the start date reasoning that material before this tended to be used by a more narrowly defined research community (for example, before this date a knowledge of Latin is increasingly important); 1945, since the post-war landscape of health and medicine was radically different, most notably because of the setting up of the National Health Service. Between these two dates, pretty much anything went. The reader should be aware that the reports are now over 15 years old for the most part and that new material will have come in, contact details may have changed and so forth: but at its core the survey records a great tranche of hugely varied material awaiting the medical historian.

There are, of course, long reports for the obvious sources: the National Archives, the various Royal Colleges for the medical specialisms, the Wellcome Library itself (an overview of archive sources necessary at the time because this predated our online catalogue) and London Metropolitan Archives. These hold the riches that the researcher would expect. The beauty of the MAMS project, however, is in the unexpected material it throws up in those repositories that may be off the beaten track for the medical historian. The numerous borough record offices of the capital hold, as well as the expected local government material (administration of drainage and sewerage, 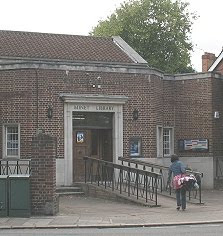 Medical Officer of Health reports, and so forth) and local hospital records, a wide variety of other papers, both business and personal. Examples, plucked at random from the typescripts of completed entries, would include: the 1696 probate inventory of a Dorking physician held at the Minet Library, Lambeth; or the Bryant and May Company records that deal with employees’ conditions and phosphorus poisoning, held at Hackney Archives Department. Croydon Archive Service holds the transcripts of a court case brought against Croydon Corporation following an outbreak of typhoid in the borough in 1938. In the same year, the International Union of Local Authorities met at Finchley sewage works, a brochure and menu from the occasion being held by Barnet record office.

One item in Lewisham’s archives department serves as a splendid illustration of the way in which archival material can travel far from its place of creation, making a guide like this necessary: the personal papers of M.H. Hogg, Medical Superintendent of Grove Park Hospital in the borough, include lecture notes taken at Aberdeen University. Similar examples of travelling material, which may or may not be explained by simple administrative or personal links, occur in other borough record offices: descriptive notes about Tooting Bec Asylum at Lewisham, or the 1914 annual report of Enfield Cottage Hospital at Sutton.

Most satisfying was the discovery of relevant material in specialist repositories whose remit was not ostensibly medical: the type of unexpected find that makes a subject 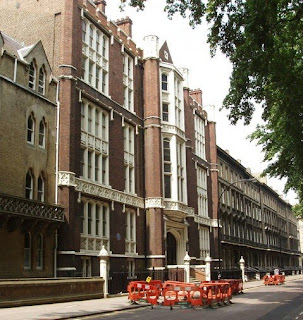 survey essential. A historian of medicine might not think to check a repository whose slant is religious, but papers relating to doctors who were religious non-conformists may be found in the archives of the Religious Society of Friends or in Dr. Williams’s Library. The subjects discussed in the extensive correspondence held by the Royal Geographical Society include the health implications of different climates and medicinal plants from around the world. Finally, one can be reasonably certain that a historian of medicine in Bradford would not automatically head for the British Architectural Library at RIBA, yet there one may find a Bradford apothecary’s recipe book.

Less overtly medical material can also be fruitful for the researcher: for example, the papers of the banker Hastings Nathaniel Middleton (1781-1821), held by the City of Westminster Archives Centre, turn out to go into some detail on the mental illness of his mother.

The survey is, of course, the tip of the iceberg. Similarly varied material will exist in repositories outside London: it was the intention to carry MAMS beyond the capital, but the changing technical landscape halted the project before this happened. More material will have arrived at record offices since these surveys were carried out. There will, also be material from outside the date-span of the survey. In this last category comes a favourite example of the sheer unpredictability of medical archive sources: in the London Borough of Hillingdon’s archives at Uxbridge Library is a report, dating from the 1970s, on the movements of foxes in the borough. The medical relevance is that the fox is the main carrier of the rabies virus in continental Europe: the report was prepared to assess the rapidity with which rabies might spread by this means if the virus gained a foothold in Britain. As this illustrates, the medical implications of archive material may not superficially be obvious; but once one’s eyes are opened, almost all repositories will hold something worth recording and worth pointing out to the researcher. There is a wealth of material out there and much of it is recorded in the MAMS reports – we recommend readers to start exploring.

Note: contact details given in the MAMS reports were accurate at the time of the survey but may have changed since: for up-to-date information on addresses, telephone numbers, e-mail and web addresses, etc., readers should consult the National Archives’ Archon directory.