Medical Officer of Health reports to be digitised

The Wellcome Library has received JISC funding towards the creation of a major free online dataset covering public health in London from the mid-19th century to the late 20th century. 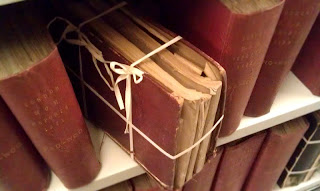 This project is based on the reports of the Medical Officers of Health (MOH) in Greater London between 1848 and 1972. Of all the collections in the Wellcome Library the MOH reports have the greatest research potential for the study of public health history in 19th and 20th century Britain, and are one of the most heavily consulted collections at the Wellcome Library. Online access to this resource will vastly increase their impact on research and would be invaluable to public health researchers, epidemiologists and practitioners, as well as medical and social historians.

The Medical Officers of Health systematically monitored and oversaw the provision of disparate services that contributed to the well-being of local populations. The Officers – individually and as a group – were one of the most influential agents of social and medical reform in Britain over a period of more than a century. Their reports contain a wealth of information (especially statistical data) and there is a long pedigree of advanced research using MOH reports as primary source materials for a wide range of subjects including (but not limited to) food and food safety; maternity and child welfare; housing; pollution; manufacturing (e.g. the inspection of workshops); shops and offices; sanitation; social care; civil liberties; demography; engineering and meteorological conditions.

Digitising these extensive holdings will not only improve access to an important body of research material, but will offer opportunities for new approaches to text and data mining. Digitisation and text encoding will be carried out in 2012, and will be made freely available on the Wellcome Digital Library website in early 2013. For more information you can read the project plan on the JISC website.

2 comments on Medical Officer of Health reports to be digitised