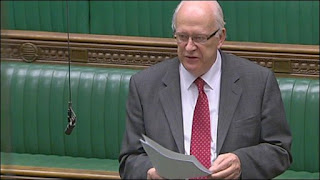 One August evening in Bolton in 1997 five year-old Dillon Hull was accidentally shot dead by a man seeking to recover a heroin debt from Dillon’s father. Dr Brian Iddon, recently-elected Labour MP for Bolton South East, gave an interview to the BBC and called for a national debate on drug policy. He didn’t think he had said anything earth-shattering – “it all sounded like common sense to me” – but his appeal received extensive media coverage and launched him headlong into the centre of a policy debate that was to occupy much of his attention until he retired from Parliament in 2010. He consistently maintained that the ‘war on drugs’ was futile and proposed in its place a war on poverty and social exclusion. For him, government policy on drug control just shifted the problem, leading to the displacement of controlled drugs by licit alternatives and of public health concerns by an emphasis on security and law enforcement. He was involved with the All-Party Parliamentary Drug Misuse Group which, under his chairmanship, launched a public inquiry into prescription and over-the-counter medicines.

In another equally controversial area of public policy, in June 1999 the BMA published guidance for medical practitioners on Witholding and withdrawing life-prolonging treatment. Brian Iddon disagreed with what he saw as its elision of the feeding and hydration of patients with ‘medical treatment’, to be withheld or withdrawn accordingly. He felt that policy on euthanasia was shifting without any proper debate in Parliament and threw himself into raising awareness of the complex issues involved. He went on to take a keen interest in the legislative agenda on this subject and eventually became Chairman of the Care Not Killing Alliance, established in 2006 to oppose Lord Joffe’s Bill on ‘Assisted Dying’.

When he retired from Parliament, Brian Iddon donated his papers relating to illicit drugs, legislation surrounding health products, euthanasia and ‘assisted dying’, to the Wellcome Library. (Those relating to his work as a constituency MP have been deposited with Bolton Museum and Archive Service). The archive is now available to researchers, along with publications which Brian Iddon collected as a result of his interests.

Anyone seeking an insight into shifting social and cultural attitudes and government policy in these highly-charged areas of public debate during the New Labour administrations of 1997-2010 will find the collection an invaluable resource.