Digitising the archives of blood research Blood transfusion has become such an integral part of life-saving procedures used today that it is hard to imagine a time when operations were extremely risky affairs.

The emergence of the Blood Transfusion Service in 1946 was a blessing, though unfortunately too late for many war wounded. It was the losses incurred during the war that intensified the work of the Blood Group Unit, a successor to the Galton Laboratory Serum Unit that was established in 1935.

As part of the Library’s large-scale digitisation programme, scanning of the Blood Group Unit archive (which covers largely the period from 1940s to 1970s) has just been completed and will be available online later this year. 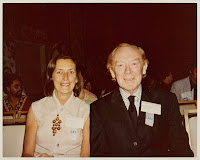 Under the directorship of Dr Robert Race at the Lister Institute for Preventive Medicine, many familiar names worked within this group: among them, serologists Arthur Mourant (whose archive was recently digitised, see earlier blog) and Race’s wife, Ruth Sanger. These partnerships resulted in many significant advances in blood group science, as revealed in the archives (see File ref: PP/SAR for the personal archive of Ruth and Robert Sanger also held within the library but not yet digitised).

Between them, they produced a manual entitled ‘Blood Groups in Man’ (see File ref: PP/SAR/C/16 for Race’s summary of the multiplicity of blood groups in man that he delivered to the British Association, Brighton, 8-15 Sept1948). This book became a bible for transfusion specialists, so much so, it became known simply as ‘Race and Sanger’.

It is not suprising that they became the most well-known names in blood group science in the period following WW11 up to 1980. The international press quickly picked up on their ground-breaking work: The Dallas Morning News, November 13 1946, featured a mug shot of Dr Race beneath the heading: ‘RH factor expected to bare man’s origin’ (File ref: SA/BGU/B.1/3/1) as revealed at an International Hematology and Rh conference in Dallas, Texas and Mexico City, 1946. The study of RH blood incompatability was paramount to solving many genetic problems during the 1960s. 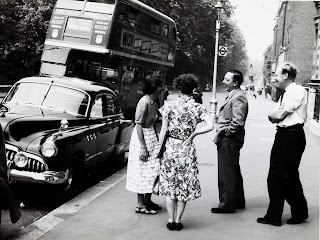 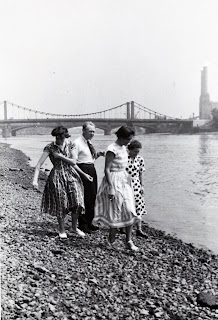 As a double-act, Race and Sanger were remarkable, which is suggested in a letter from Amos Cahan of the Knickerbocker Foundation in New York October 30 1959:

“I don’t know if you know what a thrill it is for us to watch you – how you take a thing like the Reiger serum – pick up the trail of a tiny irregularity – force it to yield it’s secrets and lead you to new and unexplored land. We feel privileged to be allowed to take part” (File ref: SA/BGU/F.1/46/1)

The work of the Blood Group inevitably involved studying families which meant close cooperation was necessary, but not always possible. Communication with the families of interesting case-studies was problematic at times. Perservance was required to get continued samples, as indicated in a general letter from Race in February 1950 seeking permission from volunteer blood donors:

“We realise that you have already helped the Blood Transfusion Service a great deal but hope that you will not mind being asked to help again in another way. This Unit is investigating the inheritance of a new blood group; in order to do this small samples of blood are needed from families consisting of both parents and two or more children of any age. Two or three drops of blood from a prick of the finger or ear lobe is all that is required … Our work is primarily concerned with research into human blood groups, which is of the utmost importance in the practical problems of blood transfusion and certain blood diseases of the newborn” (File ref: SA/BGU/G.3/2/1).

At other times, blood supplies were too plentiful, as Ruth Sanger wrote in a letter to Dr M Pickles of the Radcliffe Infirmary Oxford about a mutual case of interest on 5 April 1977:

“Sorry to be so long in writing, but we’ve had one of those remarkable deluges of blood, lots of interesting things all at once and exhaustion setting in ”
(File ref: SA/BGU/F.20/9).

When Dr Race retired from the Unit in 1973, Dr Ruth Sanger became director. Further progress was made in the identification of blood groups and human genetic problems. One area of continued research interest was differing blood types in twins (SA/BGU/F.20) which revealed the problem of Chimerism, a rare disorder that affects twins when chromosomes are mixed in a single organism resulting in 2 sets of DNA. Evidence of this problem was first published by Sanger along with Race and fellow haemotologists in 1957 in the British Medical Journal (see full article).

The MRC Blood Group Unit moved from the Lister Institute to premises at University College, London in 1975 but was disbanded in September 1995, although its work continues in other research centres.

A wounded soldier indicating the need for blood donations. Colour lithograph after Reginald Mount, Issued by the Ministry of Health in 1945, Copyright of Central Office of Information, Ref: 22648i, for other publicity issued see, File ref: Archives and Manuscripts GC107/1

Race and Sanger at an International Conference in Washington, 1972, File ref: SA/BGU/L/1/11