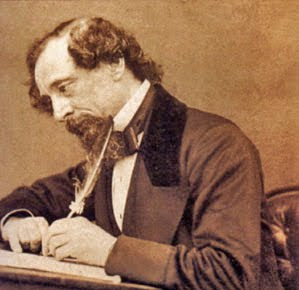 There can’t be many of our readers in the UK who are still unaware that this year is Charles Dickens’ bicentenary. 2012 sees exhibitions in Portsmouth, Dickens’ birthplace; in London, the city with which he is most closely associated; in Kent, where he lived at various times in his life and where he died, and, doubtless at any other place fortunate enough to claim kinship. 2012 was not even started when the Christmas season saw a flurry of Dickens adaptations on television. Throughout the year there will be events to mark this anniversary of one of our greatest writers; but today, February 7th, is the actual bicentenary, Dickens’ birthday, and it’s only right that today we look a little at Dickens and medical history.

It’s fair to note that medicine is not the first profession one thinks of in connection with Dickens’ fiction. Lawyers and their clerks, of course, march through his fiction in be-wigged crowds, trailing legal dust behind them. Merchants and shop-keepers and, again, their clerks (think of Bob Cratchit in A Christmas Carol), are not far behind. Dickens also has a particular eye for appalling customer service: his descriptions of horrible meals and surly staff in the Mugby Junction railway station will ring bells with many travellers (and have seldom been approached in fiction: W.G. Sebald’s excruciating description of eating fish and chips in an out-of-season hotel in Lowestoft, in The Rings of Saturn, is their closest modern equivalent). The hard-core Dickens-fan will recall that Esther Summerson, in Bleak House, marries a doctor, Allan Woodcourt. Sarah Gamp, in Martin Chuzzlewit, summarises nicely the image of the drunken nurse before Florence Nightingale got to work on the profession. As regards patients, there are some penetrating descriptions of extreme mental states in his work (Miss Havisham in Great Expectations; Bradley Headstone in Our Mutual Friend), and some touching descriptions of characters with learning difficulties (Smike, in Nicholas Nickleby, or Mr. Dick in David Copperfield). However, medical personnel are generally few and far between in his work, and his description of the patients mentioned above is not clinical: one would struggle to identify particular syndromes from his descriptions, as they are used imaginatively, as symbols rather than detailed illustrations of actual conditions.

It would be a mistake, though, to think that Dickens and medical history have little connection. If the Wellcome Library’s holdings teach us anything, it is that “medical history” goes far, far beyond what the official medical profession does, embracing the wider fields of public health, mortality, demography and so forth. If nothing else, the fact that Dickens’ characters suffer the usual mortality-rates of the Victorian novel, with children dying young (Little Nell, Paul Dombey), young women wasting away (Dora Copperfield), and in general a lower chance of people making it through to their three-score and ten, would raise questions about the difference in health-care between his time and ours, the extent to which his fictional mortality rates mirror those of nineteenth-century society or are a matter of plot convenience, and so on. 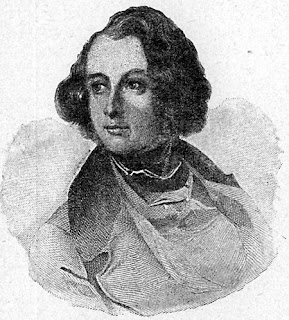 But Dickens goes further than this, of course. He is a novelist as campaigner par excellence, using his fiction to drive debates about public health, the distribution of wealth and the interconnectedness of society: the agenda that drove the great nineteenth-century movements towards mass education, slum clearance, public ownership of utilities and, in the new century, unemployment benefit and eventually the National Health Service. Like much creative writing in the early nineteenth century (see, for example, other writers of “Condition of England” novels such as Elizabeth Gaskell), he is in revolt against Utilitarianism and the small-state Manchester School economics of the time, convinced of the value of social bonds, solidarity and empathy against a vision of society as atomized and competitive, in which the weakest go to the wall. The bleak calculus of Thomas Malthus had set out a demography in which food supply increases arithmetically but population increases geometrically until, outstripping food supply, it is reduced by famine or disease until the surplus population has gone. (Works on demography, including Malthus, can be found in the library at shelfmark EH and its subdivisions.) The long shadow of Malthus hangs over much fiction of the time: when Scrooge, before his reformation, snarls that the poor “had better [die], and decrease the surplus population”, it is to this that he is alluding. Dickens, throughout his works, protests against this view of humanity in the mass, in which the poor in particular are seen only in the aggregate, as “surplus population”, the death of a few thousand of which is of no great moment in the bigger scheme of things. Public health is a key element in this argument.

Visitors to our Dirt exhibition last year will remember the key role that concepts of cleanliness and dirt play in health and culture. With that in mind it is instructive to read the first paragraphs of Bleak House and to count up the references to dirt:

LONDON. Michaelmas term lately over, and the Lord Chancellor sitting in Lincoln’s Inn Hall. Implacable November weather. As much mud in the streets, as if the waters had but newly retired from the face of the earth, and it would not be wonderful to meet a Megalosaurus, forty feet long or so, waddling like an elephantine lizard up Holborn Hill. Smoke lowering down from chimney-pots, making a soft black drizzle with flakes of soot in it as big as full-grown snowflakes – gone into mourning, one might imagine, for the death of the sun. Dogs, undistinguishable in mire. Horses, scarcely better; splashed to their very blinkers. Foot passengers, jostling one another’s umbrellas, in a general infection of ill temper, and losing their foot-hold at street-corners, where tens of thousands of other foot passengers have been slipping and sliding since the day broke (if this day ever broke), adding new deposits to the crust upon crust of mud, sticking at those points tenaciously to the pavement, and accumulating at compound interest. 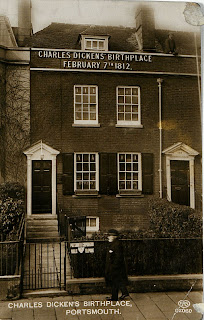 At the very beginning of the novel, Dickens presents a world spiralling into entropy, all intellectual categories collapsing – Is it day or night? Is that a living animal or a mound of mud? Are we in the present or the time of the Dinosaurs? Dirt and decay are central to this vision, and as the novel progresses they concentrate in the slum, Tom-all-Alone’s. In chapter 46, in his description of the slum, Dickens uses disease – and the prevalent miasma theory of infection, ascribing it to bad air rather than to microbes – as he argues against views of society as atomised and demands an acknowledgement of human interrelatedness:

But [Tom] has his revenge. Even the winds are his messengers, and they serve him in these hours of darkness. There is not a drop of Tom’s corrupted blood but propagates infection and contagion somewhere. It shall pollute, this very night, the choice stream (in which chemists would find the genuine nobility) of a Norman house, and his Grace shall not be able to say Nay to the infamous alliance. There is not an atom of Tom’s slime, not a cubic inch of any pestillential [sic] gas in which he lives, not one obscenity or degradation about him… but shall work its retribution, through every order of society, up to the proudest of the proud, and up to the highest of the high.

Read Dickens looking not for men with stethoscopes and bottles of medicine, but for the wider issues of medical history as understood by Henry Wellcome, embracing public health, hygiene, nutrition, poverty, all the factors that bind together a society in ways that go far beyond the purely economic: medical history issues understood thus recur over and over in his works, and are strongest in the greatest novels (Bleak House is the obvious example). It is no surprise, then, that some of Dickens’ papers have found their way to the Wellcome Library. MS.7774 is a collection of various letters and other documents by Dickens or related to him, whilst MS.7775 is a group of papers related to Dickens’ relationship with the maverick physician John Elliotson, pioneer of mesmerism. (Dickens, of course, operated metaphorically within a circle of stage fire all the time, and took particular delight in casting a spell over rapt audiences when doing readings of his works: he would have been fascinated by mesmerism.)

To mark the bicentenary, do come and experience handling papers by Dickens himself. But you also mark his anniversary by taking a wider interest in medical history, by looking at what he would have seen as the ties of common humanity that straddle social classes: health, hygiene, poverty, nutrition, crime… all the headings you find in the Library’s guide to its shelfmarks. The key themes of Dickens’ great sprawling panoramas of Victorian society are often our stock in trade. Happy Birthday to him: in another two hundred years, people will still be reading.