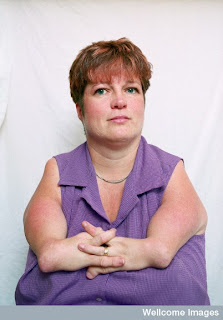 The archive of the Thalidomide Society (SA/TSY) and the papers of Professor Richard Smithells (PP/SML) have been catalogued and are now available to researchers at the Wellcome Library. Thalidomide was developed by the pharmaceutical company Grünenthal in Germany in 1957, and was used as a painkiller and tranquillizer. It was also effective in treating morning sickness during pregnancy, and many scientists believed that this drug would not harm the developing baby. However this was found not to be the case, and over 10,000 children in 46 countries were born with deformities such as phocomelia. The drug was licenced in Britain in 1958, marketed as Distaval, and was withdrawn in late 1961. Between 1959 and 1962 approximately 2,000 babies were born with deformities due to the drug, and only 466 survived. 2012 is a landmark year concerning thalidomide: it is just over 50 years since withdrawal of the drug Distaval and is the 50th anniversary of the formation of the Thalidomide Society.

The Thalidomide Society (originally called the Society for the Aid of Thalidomide Children) was formed by a meeting of four parents in August 1962, at the Dolphin Hotel in Southampton. Their aim was to set up a national society devoted to the aid of their own and other children affected by the drug thalidomide. The inaugural meeting took place on 20th October 1962, with forty-four parents attending. A draft constitution was created (SA/TSY/A/1) which states that the Society would not only include children affected by thalidomide but those with similar disabilities. Branches of the Thalidomide Society were set up, due to the wide geographic range of the parents. They would meet regularly and operated with local organisations that could help the families.

The Society worked closely with the Lady Hoare Thalidomide Appeal until 1974, to raise money to help the families affected, and increase awareness of their cause, this was helped by several national newspapers (see extensive press coverage represented in SA/TSY/G). There were a variety of fundraising schemes, general donations and offers of help (SA/TSY/C/1) and car competitions (SA/TSY/C/3). The money raised from these was used to support thalidomide families with social workers, research into new technologies (such as prosthetic arms and wheelchairs), a holiday home, and went towards the Oxford Centre for Enablement and the Chailey Heritage Craft School and Hospital. The Society is now a user led organisation; the majority of the council is made up of thalidomide affected people. The archive of the Thalidomide Society contains documents on its creation, (SA/TSY/A/1), fundraising schemes (SA/TSY/C), publications (SA/TSY/D), and of their recent events such as the annual AGM and conferences (SA/TSY/A/3). 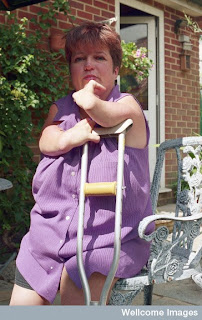 Distillers (the company that distributed thalidomide: it is now owned by Diageo Ltd) and the parents of the children affected by thalidomide finally reached a settlement in 1973, after years of negotiations. From this the Thalidomide Children’s Trust (now the Thalidomide Trust) was set up to distribute the payments fairly amongst those affected. Professor Richard Smithells, a renowned consultant paediatrician, worked closely in these negotiations and provided medical testimony. Smithells became involved with thalidomide as a clinician on the Liverpool Registry of Congenital Abnormalities that was formed in 1960, where he began studying the links between prescription drug use during pregnancy and birth defects. Along with several other physicians he discovered the teratogenicity of thalidomide in 1961, and subsequently became a leading expert on thalidomide diagnostics. Much of his work concerning thalidomide and congenital malformations is reflected in the new catalogue PP/SML. These papers include a copy of a book for children he created for the NSPCC, Alphabet Zoop (PP/SML/A/3), correspondence and reports working with the Thalidomide Trust (PP/SML/C) and various textual resources he collected over the years regarding the drug (PP/SML/E). He became the Chair of Paediatrics and Child Health at the University of Leeds in 1968, and he served on the Thalidomide Trust advisory council from 1974, then as a trustee from December 1976.

The collections of the Thalidomide Society and Professor Smithells are part of the Wellcome Library’s Archives and Manuscripts collection. The catalogue can be searched on our online catalogue using the references SA/TSY and PP/SML respectively. Please note that due to the subject and nature of the material a significant proportion of the documents in these two collections have been closed for various fixed periods, for data sensitivity reasons.