The Right to Roam

“I’m a rambler, I’m a rambler from Manchester way
I get all my pleasure the hard moorland way
I may be a wage slave on Monday
But I am a free man on Sunday.”
(Ewan MacColl, “The Manchester Rambler”) 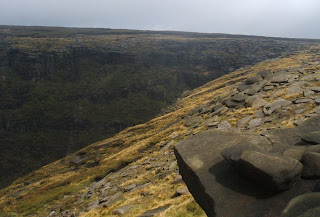 Eighty years ago today, massed groups of walkers from Manchester and Sheffield climbed onto the moors of Kinder Scout, defying the landowner’s gamekeepers in an assertion of the right to access wild country. There were scuffles, their leaders were arrested and some were jailed, but the Kinder Mass Trespass was to lead, after the Second World War, to the setting up of Britain’s National Parks – fittingly, the first one was the Peak District National Park, including Kinder – and eventually to today’s Right to Roam. From this distance, aware in hindsight of the way that the trespassers were on the winning side, the politics of walking are less obvious, but this was a fundamental clash of ideologies: the gamekeepers defending the supposedly sacrosanct rights of property, whilst the trespassers embodied a radical tradition that saw much land ownership as the result of expropriation (the Acts of Enclosure or, if one goes back far enough, the Norman Conquest) and, at its most fundamental, questioned whether land could be owned in the absolute and exclusive fashion that portable property can:

“He said, All this land is my master’s;
At that I stood shaking my head:
No man has the right to all mountains
Any more than the deep ocean bed.”
(Ewan MacColl, “The Manchester Rambler”)

On the anniversary of the Trespass, it is appropriate to highlight Library holdings to do with walking. We have, of course, much material on health and exercise, the archive sources in this area being summarised in our online sources guide. Perhaps the highlight, however, comes from the papers of the nutritionists Robert McCance (1898-1993) and Elsie Widdowson (1908-2000), held as collection GC/97. A notebook held as GC/97/B.3, under the unassuming title “Experimental study of rationing”, records self-experimentation on a heroic scale. 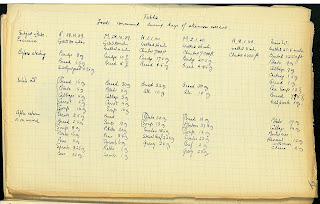 During the winter of 1939/40 McCance and Widdowson were working on nutrition for the government, assessing what the nutritional value of various proposed food rationing arrangements might be. Their approach was simple: they would live on the proposed rations, recording all food and drink intake, and then set out to exhaust themselves on the Lakeland hills, in effect monitoring who lasted longest and on what diet. On 2nd January 1940, for instance, McCance records an itinerary that the Manchester Rambler would know well, although doing it in one day is for the hard-core only: “Robin Ghyll, Stake Pass, Borrowdale, Honister, Scarf [sic] Gap, Black Sail, Wastdale [sic] Head, Boot, Hard Knot, Wrynose, Little Langdale, Elterwater, Robin Ghyll. 35 miles odd, 7000 odd [feet] of ascent and descent. Wizard.” All this on a short winter day: had Hitler known of that enthusiastic note “Wizard” he would probably have thrown in the towel then and there. 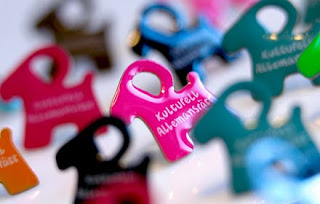 The law governing access to open country in England and Wales, of course, is not universal, and other countries have different arrangements. Most notably, the Nordic countries – in which feudalism and serfdom did not develop in the same way as further south – have always enshrined in their common law a principle of the right to roam. In Sweden, for example, the constitution recognises the long-standing Allemansrätten, which can be translated literally as “Every man’s rights”: these give citizens the right to access (which includes walking, cycling, riding, skiing, and even camping) on any land, excluding private gardens, the area immediately around a dwelling house, and land actually under cultivation. Provided they are not legally protected, one may pick wild flowers, mushrooms and berries; similarly, one may swim in any lake, or bring an unpowered boat to it. Disruptive use of the land, then, which harms it for other users (including the landowner) is forbidden, but non-disruptive access of the sort for which the Kinder trespassers argued is a universal right. Here, perhaps, we come closest to the Wellcome Library’s own holdings and ethos: through metaphor. One of the inspirational presentations given to library professionals at last autumn’s Axiell Symposium in London’s Docklands came from information professionals in the Swedish city of Gävle, describing an initiative that promoted the city’s libraries, archives and museums together under the slogan “Kulturell Allemansrät” – the cultural right to roam. A library gives its users the same freedom that the Manchester Rambler needed: access to the whole world of knowledge, without restrictions (except for a few on behaviour that harms other people’s rights: vandalism, breach of copyright, breach of data protection, and so on), without the concept of trespassing. The world of knowledge is laid out: and readers have the right to roam.

Images:
1/ Kinder Scout: image copyright Peter Barr, made available under Creative Commons via the Geograph website.
2/ Robert McCance’s diary of self-experimentation on wartime food rations, GC/97/B.3.
3/ Publicity material for the city of Gävle’s “Kulturell Allemansrät” initiative. The goat is a traditional Swedish Yule Goat, which has become an emblem of Gävle because of the city’s tradition of building a huge one out of straw every winter (and often burning it).