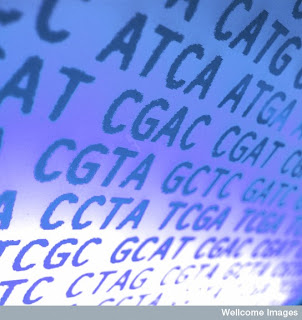 Contemporary is a word not often associated with archives and yet without archivists making plans for contemporary material the archives of the future would be a much poorer place.

The Wellcome Library has a history of considering the modern as well as the old when it comes to preserving archive material. In 1979 it established a Contemporary Medical Archives Centre to collect records of important 20th-century medical organisations and individuals. The recently launched Human Genome Archive Project follows on this tradition. The archive project will focus on the years 1977-2004; from the development of Sanger sequencing to the publication of the ‘gold standard’ human genome.

The Human Genome Project was a hugely ambitious international project which sequenced the DNA in human cells. The archive project related to it aims to ensure that records created will survive for future generations. This will involve working with a large number of individuals and organisations to identify potential material, survey it and then ensure that arrangements are put in place for its long term preservation.

Some important material has already been deposited in archives where it is currently being processed to be made available to researchers:

• The papers of Sir Walter Bodmer are currently being catalogued at the Bodleian as part of their Saving Oxford Medicine project.

• The lab notebooks of Fred Sanger are part of our Modern Genetics and its Foundations Project at the Wellcome Library which will see the digitisation of up to half a million images.

As the Human Genome Archive Project progresses there will be blog updates to highlight some of the fascinating material that’s been discovered.