By Ruth Blue | From the Collections 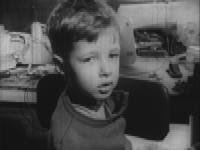 This year marks the fiftieth anniversary of the withdrawal of the drug thalidomide from the market. A number of events are planned to coincide with this date including, tonight, an evening event in Wellcome Collection under the above title, in which a panel of guests will discuss whether or not the thalidomide story could or should be described as a human tragedy.

Certainly, looking at the archive material collected over the last year following the Thalidomide Scoping Project funded by a Wellcome Trust People Award that Prof Anne Borsay from Swansea University and I worked on, you feel pulled in many directions. A number of books deal with the roots of the drug (Thalidomide and the Power of the Drug Companies, Henning Sjöström and Robert Nilsson, Hammondsworth: Penguin, 1972) and the lengthy court case to gain compensation from Distillers (Suffer the Children: the Story of Thalidomide, Sunday Times Insight Team, London: Andre Deutsch, 1979) but outside the somewhat easier to quantify feelings of outrage and justification, how is it possible to quantify the effects of thalidomide on the actual lives of this diverse group of people? And, moreover, how do they see themselves?

One of the most striking things when working with thalidomide-affected people is that they really only by necessity have two things in common – their mothers took a prescribed drug at a particular moment of their pregnancy and they were all born within the same four-year period, 1958-1962. Other than that, it is possible they may never have come into contact with one another, spread across the continents as they are. Social background, family acceptance, institutionalisation, education, degree of disability and adult life are, to different extents, down to chance and there are no necessary similarities.

On Saturday 26th May, the Thalidomide Society is hosting its 50 Years On conference at the Park Plaza Hotel. Prof Borsay and I will be giving a presentation at the conference in which we will outline the importance of thalidomide sources for history, aiming to situate this unique story from the history of medicine into a wider context.

As part of our presentation we will screen clips from two films acquired by the Library’s Moving Image and Sound Collection from the Thalidomide Society: One of Them is Brett, 1965 and Only the Beginning, 1969.

One of Them is Brett was written and directed by Roger Graef and produced by Derrick Knight & Partners Ltd. It was Graef’s first film, produced for the Thalidomide Society for the Aid of Thalidomide Children with the aim of educating people about the everyday life and struggles of a boy affected by thalidomide with voiceovers provided by Brett’s mother and Stanley Baxter. The film won the Silver Dragon at Krakow and was shown on the BBC, CBC and ABC Scope in the US as well as going on to become part of medical school curricula.

The film features Brett Nielsen [1], a boy born with no arms after his mother took thalidomide during her pregnancy. In one scene, the Nielsen family visit the Nuffield Orthopaedic Hospital where Brett is fitted with his first set of gas-powered prosthetic arms of the Heidelberg variety. 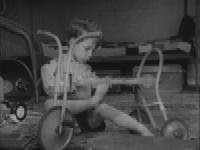 Stanley Baxter gives an enthusiastic narration but after a promising start, Brett rapidly goes on to reject the arms in favour of using his feet with increasingly stunning dexterity. 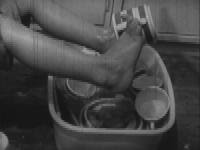 Despite his reluctance to wear prosthetic arms, the narration at the end of the film suggests that for Brett and children like him, the future will be inexplicably bound up with technological developments.

In contrast, Only the Beginning is a film subtitled “a profile about the children today” and shows scenes in which children learn to fit in with ordinary school life without the need of prosthetic enhancements. 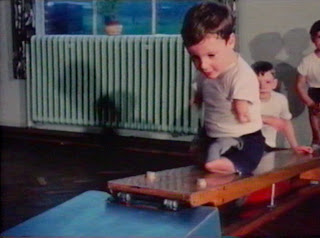 Both films, made only a few years apart, show a changing attitude towards how to wrong a right. Is it possible to correct a medical ‘tragedy’ by replacing something ‘missing’ with something artificial? Or is the only way to replace the wrong done to these children and their families through support and acceptance, assisting them to seek ways of living in and using the body they were born with?

Author: Ruth Blue is Assistant Curator in the Moving Image and Sound Collection at the Wellcome Library

[1] Brett Nielsen is currently a motivational speaker and pianist specialising in recording music for relaxation.

Ruth Blue is Assistant Curator in the Moving Image and Sound Collection at the Wellcome Library.