‘I can think of nothing lovelier than owning cattle’ 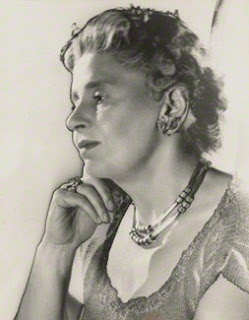 Archives and Manuscripts has recently acquired a letter (MS.8815) from the writer, critic and journalist Dame Rebecca West [Cicely Isabel Andews, nee Fairfield] (1892-1983) to Sir Weldon Dalrymple-Champneys (1892-1980), Deputy Chief Medical Officer of Health at the Ministry of Health (whose papers we hold), in response to one from him. It is undated but must have been written well after World War II. (West is also, of course, known for her affair with, and son by, H. G. Wells.)

West opens the letter by indicating the ‘strange connections’ that bring them together. She had had ‘unhappily to take an interest in brucellosis‘ at the time when she owned a herd of Jersey cows (a significant part of her activities during World War II was maintaining this dairy herd) and thus had read Dalrymple-Champney’s writings about the disease, on which he was a significant authority.

She recalls, in connection with his reference to Edith Wharton, her own meeting with this distinguished American novelist in her younger days, at the home of the bohemian painter and short story writer Stacy Aumonier, and his wife, the musician Gertrude Peppercorn, describing Wharton drinking beer in the Aumoniers’ garden and having ‘a large, rolling laugh’. She further reminiscences about Sir Eric Maclagan, the curator of the Victoria and Albert Museum, also in response to a mention by Dalrymple-Champneys.

In a postscript she claims that, living as she does in a flat in Kensington: “it is my great sorrow that not possibly could I house a herd – and I can think of nothing lovelier than owning cattle.” 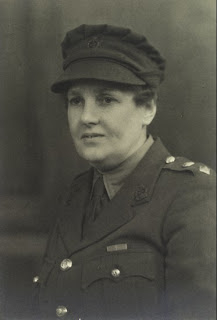 In associated material, besides the papers of Dalrymple-Champneys, the Wellcome Library also holds the papers of West’s elder sister, Letitia Fairfield (1885-1978), who had a distinguished career in public health, Senior Medical Officer to the London County Council, 1911-1948, and also as a medical officer during both world wars, in the Queen Mary’s Auxiliary Army Corps and the RAF in World War I, and the RAMC in the Second World War, retiring with the rank of Lieutenant-Colonel. The sisters’ relationship has notable tensions: correspondence in the Fairfield files suggests that other family members strongly dissented from West’s portrayal of Letitia in her memoir, Family Memories.