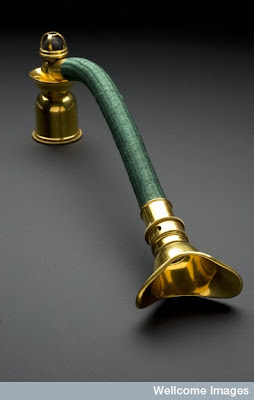 Most people have heard of John Snow as the man who traced the source of the 1854 cholera outbreak in Soho to one pump in Broad Street. However, Snow’s primary work as a pioneering anaesthetist is often overlooked. Richard Ellis, an anaesthetist at St Bartholowmew’s Hospital, and historian of anaesthesia sought to rectify this.

Ellis’s papers, now available at the Wellcome Library are the result of many years of meticulous research into John Snow and his work as an anaesthetist. Richard Ellis graduated from London Medical School in 1961, and chose to continue his training in the rapidly evolving area of anaesthesia. As part of this training he worked in hospitals in South Africa and Rhodesia before taking up an appointment at St Bartholowmew’s Hospital in London, where he would remain for the rest of his professional life, becoming senior cardio-thoracic anaesthetist in 1974. Initially publishing several scientific papers on subjects such as the clinical risks of using acrylic cement during hip replacement operations, by the 1980s Ellis was focussing on more historical themes.

Ellis’s contribution to the study of the history of anaesthesia cannot be overestimated. His tireless work in this area located the sites of the first use of ether anaesthetic and John Snow’s residence. Blue plaques can now be found on both of these sites, thanks to his efforts. Ellis’s work on the early days of anaesthesia revealed that the 1846 letter from Jacob Bigelow to Francis Boott was not the first allusion to ether anaesthesia received in Britain, as had previously been believed. More information on this can be found in Ellis’s papers at PP/RHE/C/12. 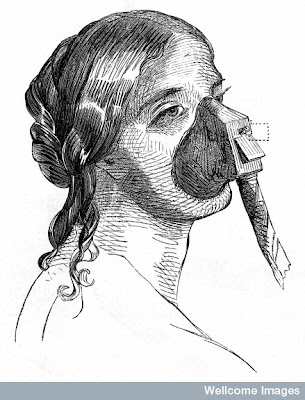 Following the death of William Stanley Sykes, Ellis was invited to prepare a third volume of Essays on the First Hundred Years of Anaesthesia to accompany the reissue of the first two volumes in 1982. The following year he produced a facsimile edition of the first anaesthetic textbook A treatise on the inhalation of the vapour of ether for the prevention of pain in surgical operations by London dentist James Robinson. Later, he transcribed John Snow’s casebooks, making the transcriptions available as a supplement to the journal Medical History in 1994, as well as publishing a facsimile edition of Snow’s essays under the title On Narcotism by the Inhalation of Vapours.

In addition to his publications, Ellis lectured widely in both Britain and the United States. It was on the eve of one of these lectures, to mark the 70th anniversary of the first trans-auricular mitral valvotomy by the surgeon Henry Souttar that Ellis died unexpectedly on 10 May 1995, leaving his paper to be read posthumously.