The Silent Traveller in the Wellcome Archives An exhibition at the V&A Museum in London, The Silent Traveller in Britain, 1933-1955, explores the work of the Chinese artist and writer Chiang Yee (1903-1977). Chiang wrote (and illustrated) a series of very successful travelogues under the pen name ‘The Silent Traveller’ and was widely recognised during the mid-twentieth century, as an influential voice in promoting Chinese culture in the West.

One aspect of the exhibition – highlighted through the loan of material from the Wellcome Library – is Chiang’s Wellcome connection, as between 1938 and 1946 Chiang was employed part-time by the Wellcome Historical Medical Museum (WHMM) to arrange its section on Chinese Medicine.

Chiang’s term of employment came in the aftermath of Sir Henry Wellcome’s death, when Wellcome’s Trustees attempted to get to grips with the collection of historical objects Wellcome had amassed. This struggle is captured in the papers of the Wellcome Archives held here.

A file of correspondence between Chiang and Peter Johnston-Saint, then head of the WHMM, offer a glimpse of Chiang’s working methods, what his plans for the Chinese section of the museum were and ultimately how these plans were scuppered. The papers also give a sense of Chiang’s fame in the 1930s: included amongst his correspondence is details sent to Johnston-Saint, of Chiang’s lecture at the Sunday Times National Book Fair in 1938. At the Fair, Chiang lectured to an audience of over 700 people and shared a stage with other popular authors of the day, such as the golf correspondent of the Sunday Times Henry Longhurst, the military strategist Captain Basil Liddell-Hart, the biographer Harold Nicholson and the occult author Dennis Wheatley.

Based at the Wellcome Research Institution (now home to Wellcome Collection), Chiang’s correspondence with Johnston-Saint reveals his plans for the arrangement of the Chinese Section of the Museum. Initially, Chiang perceived arrangement into four sections: Folklore in relation to sickness and death, Chinese conception of the human body, Chinese pharmacology and Medical and surgical practice. The sections would feature not only objects collected by Wellcome but also specially commissioned models and also contextualising illustrations, which would be produced by Chiang.

The plans, however, never came to fruition. Worked slowed on the project following the outbreak of the war in 1939 and on 5th June 1941 Johnston-Saint wrote to Chiang that the Chinese Section had “suffered rather severely” through bomb damage. As Chiang was spending less and less time in London during this period, it’s no surprise that his work on the Chinese Section of the WHMM was never completed. 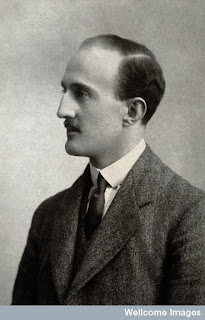 “I often think of our pleasant and enjoyable monthly Chinese dinners when we used to foregather all together. They were very enjoyable evenings and I still recall the numerous cups of wonderful tea that we used to consume in the course of the evening. I don’t mean tea in the British sense, that is to say a cup of dish water with a faint flavour of cabbage, but a lovely scented orange-pekoe drunk out of little semi-transparent miniature cups. That was tea in those days”

Chiang’s accounts of his time in Britain still offer a fascinating glimpse of life, as he examines the details that to many of his British acquaintances would be the “everyday”. The Silent Traveller in London is arguably the best well-known and by sheer coincidence, includes a reference to the location of the current exhibition: “…in summer I like to walk on the roads. Exhibition Road is one of my favourites, because it is very wide and gives me the sensation of being able to expand” [1].  Whether Chiang would have approved of the Exhibition Road project is a question we’ll leave unanswered, but the opportunity to expand your knowledge of this author and artist at the V&A is available until November.